Porsche Transporter Concept Is The Only Way To Move Your 935 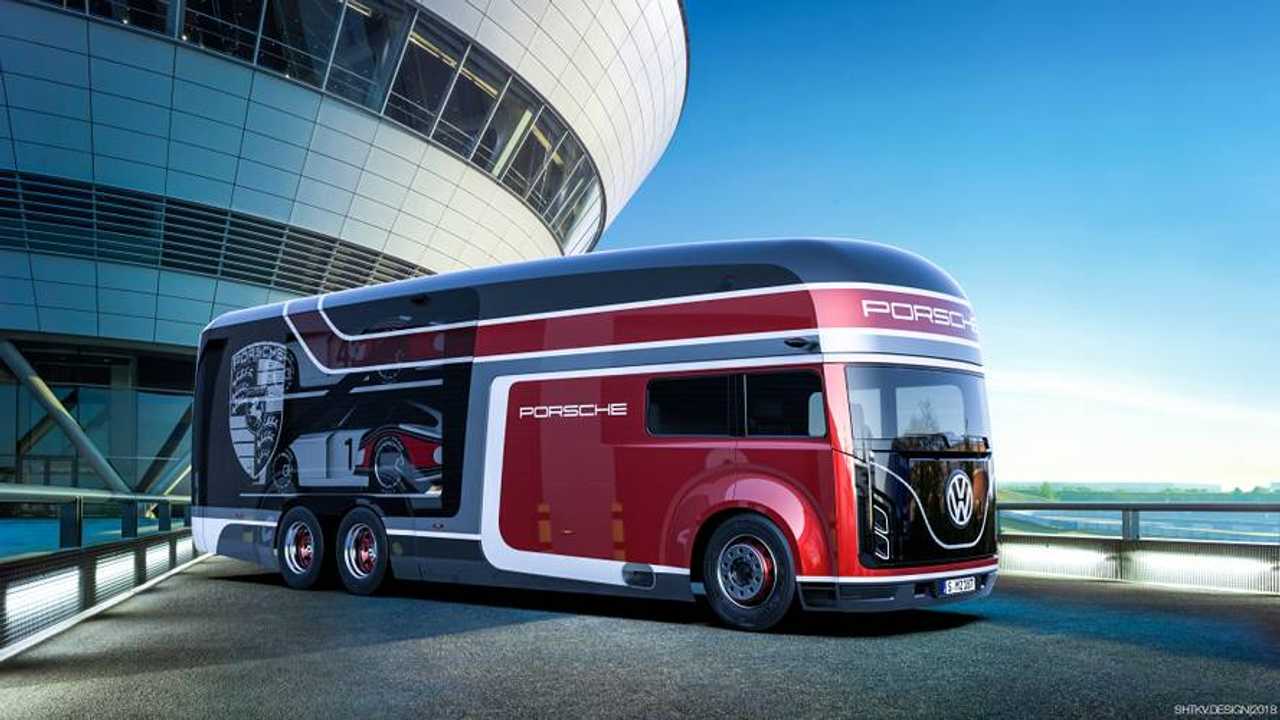 It’s big, it’s beautiful, and it’s ready for the track.

Porsche has a long and storied racing history that dates back to the turn of the century. But an oft-forgotten accent piece to all that on-track success was a pair of 1968 Mercedes-Benz transport vans that moved cars like the 917 and 956 to and from tracks around Europe. Both of them are still around, interestingly enough; one calls Porsche headquarters home, and another was formerly on display at the Brumos Collection in Jacksonville, Florida.

But with a new 911 on the way (and undoubtedly many 992-based racers to follow), and the debut of the track-only 935 a few weeks back, one designer thinks it's time for Porsche to reimagine its iconic red bus with a modern interpretation. And we agree.

Russian designer and rendering artist Igor Shitikov is responsible for this all-new, digitally imagined Porsche transporter – he calls it the "Volkswagen Renntransporter." This time, instead of wearing a silver tri-star logo upfront it dons a VW badge and some modern elements inspired by concepts like the I.D. Buzz instead. It's an appropriate upgrade given Porsche's family ties.

The concept is amazing, and it shares a lot in common with the Mercedes transporters from the late '60s. The transporter's exterior wears a red scheme that pays homage to the original duo, and even with its modern cues, it still has a very boxy shape – good enough to neatly fit two Porsche race cars in the rear.

The 935 Is One Gnarly Porsche:

On each side of the Renntransporter there's a clear glass side panel with the Porsche logo emblazoned that lifts up for easy access. An automatic foldable ramp in the rear makes ingress and egress even easier, too. We wouldn't mind seeing this big red bus in the paddock, frankly, loaded with a 935 and a 911 GT3.

But like most of the renderings we feature, this one has very little chance of making it to production. Artist Igor Shitikov says, "just a couple weeks before the Rennsport Reunion, I began to work on a proper livery and visualizations for [the concept]. And in a middle of a process, I saw the new Moby dick. And I realized this would be a perfect combo – a neo-retro truck with a cool, old-fashioned livery with two original 935 MDs inside."