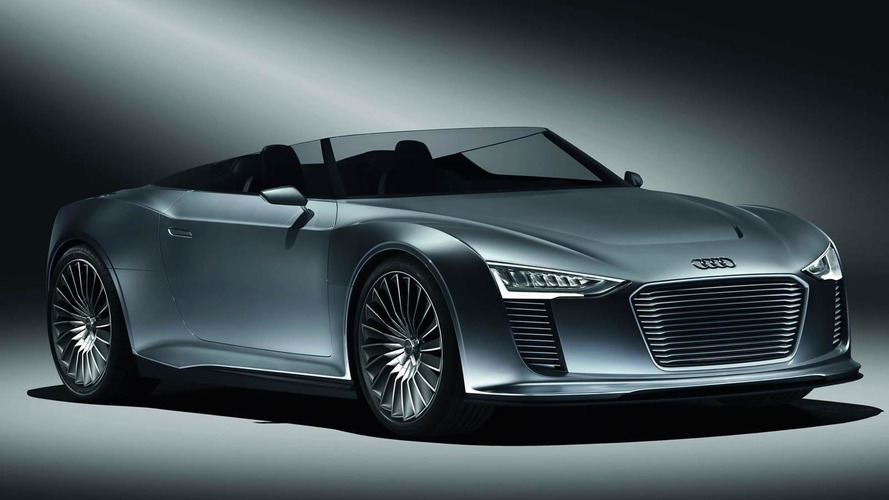 British car magazine reports that Audi is continuing to develop a new R4 based on the e-Tron Spyder Concept.

British car magazine Autocar is reporting that Audi has given the green-light to development of the R4 - contrary to a previous report that said Audi had killed-off the model.

The R4 will be a rear-engined, rear-wheel drive spyder model based on the Audi e-Tron Spyder Concept and built on the VW Group's MQB platform ("Modular Querbaukasten" in German) - a flexible platform it will share with the VW brand as well as Porsche for a series of related, though, very different vehicles.

"We have not abandoned plans for a roadster along the lines of the E-tron Spyder," a source said to Autocar. "We have reached a stage where we are moving forward and are now in the process of progressing the business case further, but it won't go on sale until after the third-generation TT."

According to Autocar, a future R4 would feature an updated version of the 2.0 liter TFSI unit, have a range-topping variant with the same 2.5 liter TFSI as in the TT RS, as well as come with a new 2.0 liter diesel unit with twin-turbo technology for an output of around 200 PS (147 kW / 197 bhp).