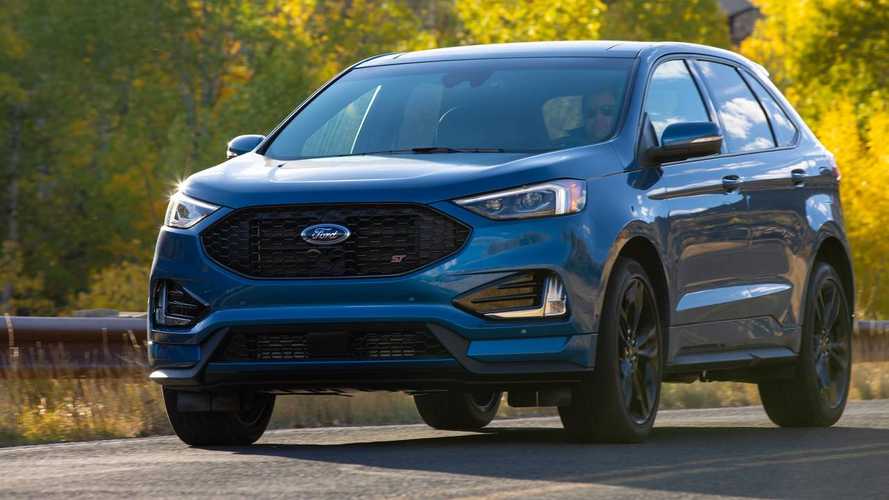 Take the Edge ST and turn up the performance dial with even more potent tech, maybe even a manual gearbox. The RS is the result.

Other than the Mustang and GT, Ford intends to abandon the traditional car market. Vehicles like the Edge ST indicates the Blue Oval sees a market for combining performance and crossovers. Ed Krenz, Chief Functional Engineer for Ford Performance, imagines what an Edge RS might be like in a recent interview with Motor Trend.

Even if the RS doesn't happen, the ST is here:

The new Edge ST features a 2.7-liter EcoBoost V6 that makes 335 horsepower (249 kilowatts) and 380 pound-feet (515 Newton-meters) of torque. All of them come with an eight-speed automatic and all-wheel drive. Prices start at $42,355, but every available option takes the figure to $55,005, including the $995 destination charge.

In Krenz's opinion, an Edge RS wouldn't necessarily need to have an automatic gearbox. "I think there is definitely a manual transmission enthusiasts group," he told Motor Trend. "It's something on a Mustang product that we refused to walk away from, the manual transmission. You know, the Fiesta and Focus STs traditionally have had that capability. I think we're gonna learn a little bit, whether or not this segment really requires that."

Obviously, Krenz is speaking entirely hypothetically about an Edge RS, but it's also clear that he has a rough idea of what such a vehicle would be. It's intriguing to think about a world where speedy crossovers take over the role that hot hatches and performance sedans currently occupy. Rather than looking low slung and race ready, the higher-riding models might take on a more rugged, off-road-ready appearance.