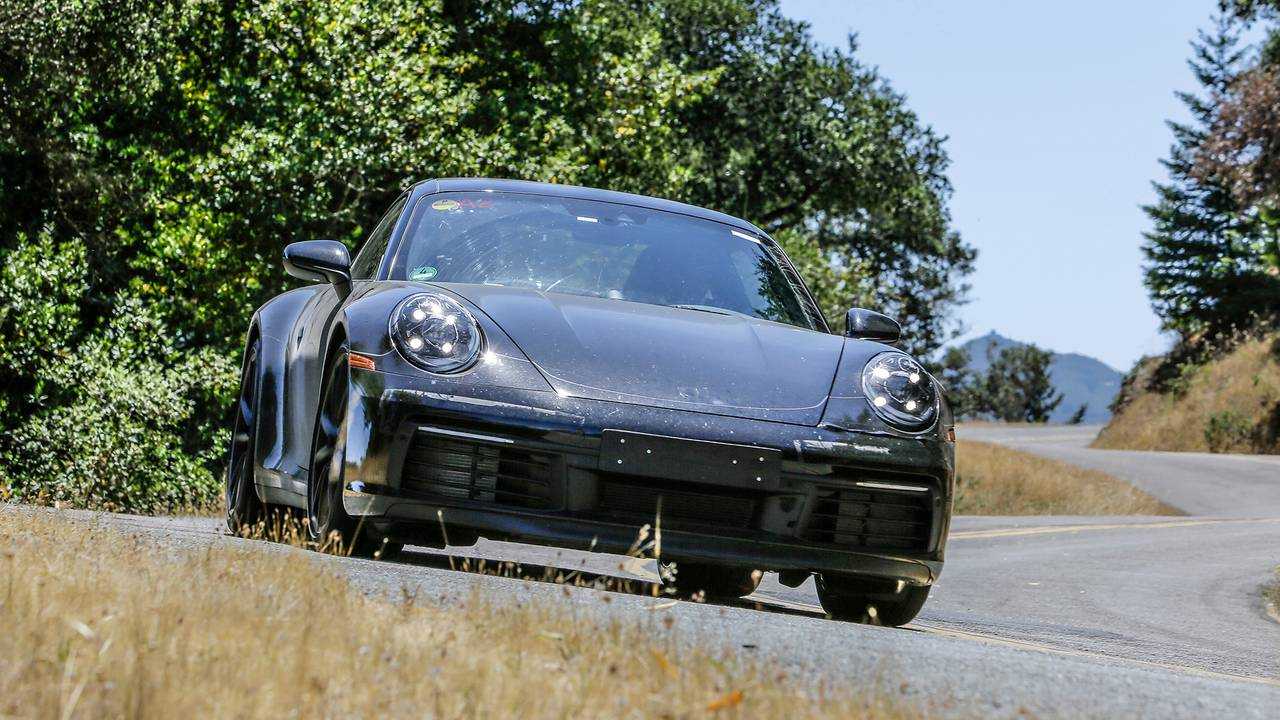 For several months now we’ve seen prototypes and pre-production models of the all-new Porsche 911 Carrera in various states of undress. The most recent shots seem to reveal the entire car, save for a few bits of curious tape around lights and vents. Usually such thin camouflage indicates a full reveal is just around the corner, but the reveal is still almost two months away. Specifically, the 992-Series 911 will have its day at the 2018 Los Angeles Auto Show, taking place at the end of November.

Specifically, the LA Auto Show kicks off on November 30, with media events and debuts usually coming a few days prior. That translates to approximately seven weeks until we’re given full details on the new 911, which in the grand scheme of things could be considered around the corner. We’ve been watching the new 911 for well over a year now, so a few more weeks of waiting shouldn’t be too much to bear.

That’s especially true considering we were recently invited for a special ride-along event in a few 2020 Porsche 911 Carrera S prototypes. We wrote about that adventure, chronicling all the information Porsche allowed us to reveal, including the debut date mentioned above. Sadly we weren’t allowed to drive any models, but we were able to witness the car’s new PDK gearbox and available seven-speed manual transmission. Yes, you can still get a 911 with a clutch, but it won’t arrive until after the automatics are in showrooms.

We were also given insight into the reworked engine for the Carrera S. In the prototypes we sampled it’s a 3.0-liter twin-turbo flat-six that is said to offer 450 horsepower (336 kilowatts). Is should allow the rear-wheel-drive Carrera S to nab 60 mph in under four seconds. Non-S models reportedly have the same engine making 385 hp.

Even though we’ve had a taste of the new 911, we’re just as anxious as everyone else for the full reveal later next month. Cars should then make their way into showrooms later in 2019.

Porsche 911 By Singer For Sale