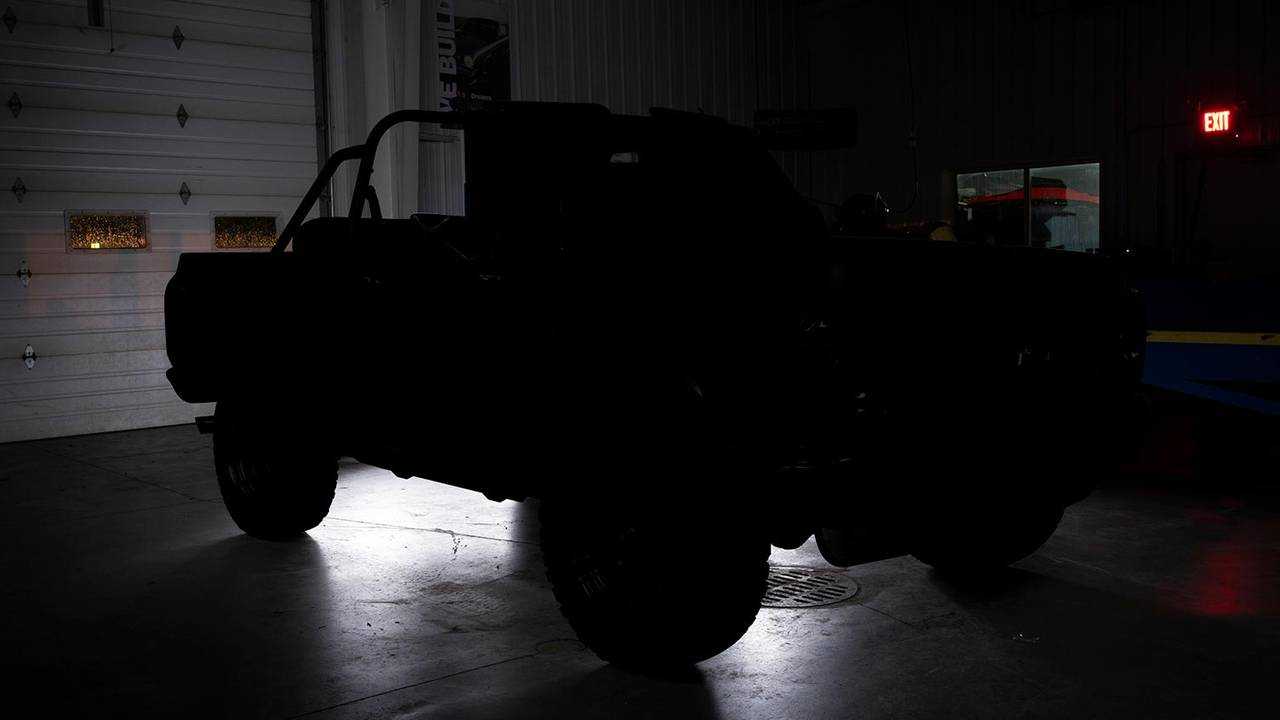 We brightened the original teaser image to try to get a better look.

The Chevrolet Blazer is coming back to the market, but Ringbrothers intends to show how much different the old-school K5 Blazer is with a custom version at the 2018 SEMA Show. It's the first time the company is tuning an SUV. Ringbrothers teaser image is quite dark, so we brighten things a little in the tweaked version below to get a slightly clearer look.

Based on a 1972 Chevy K5 Blazer, Ringbrothers appears to lift the SUV, install tougher roll bars, and give it a more rugged look with knobby tires. The tuning house adds a GM LS3 V8 crate engine for a big boost in power. Don't be surprised if there are updated differentials and an improved transfer case to make the most of the powerplant's grunt off-road.

The original K5 Blazer was Chevy's answer to the Ford Bronco. Using the company's K Series pickup as a starting point, the company converted the truck into a small, rugged SUV. A removable body cap allowed for a switch between a closed cabin and fully open driving.

More creations on the way to the 2018 SEMA show:

The modern Blazer is a much different machine that swaps from the original body-on-frame chassis for a monocoque. The standard engine is a 2.5-liter four-cylinder that makes 193 horsepower (144 kilowatts) and 188 pound-feet (255 Newton-meters). A 3.6-liter V6 with 305 hp (227 kW) and 269 lb-ft (365 Nm) is an available upgrade. Both powerplants connect to a nine-speed automatic. There are two available all-wheel-drive systems, with the more advanced version in the RS and Premier versions that uses a twin-clutch layout for better traction. The new Blazer goes on sale in January for a starting price of $29,995.