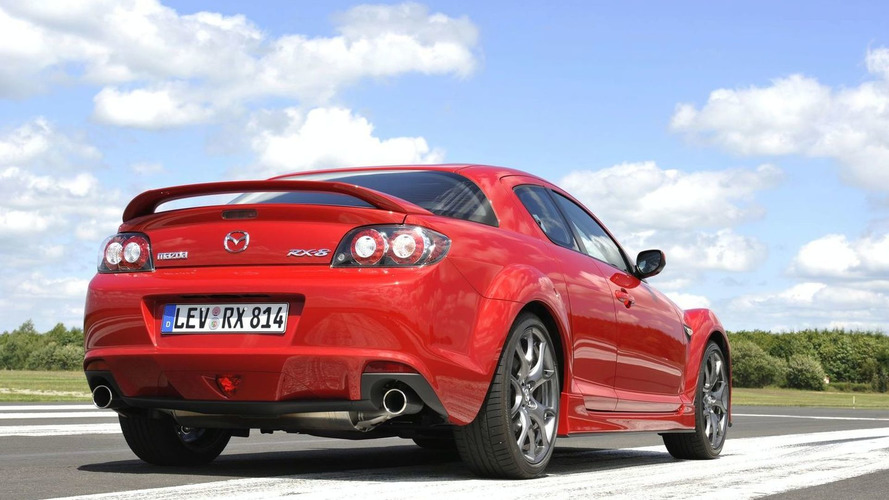 Citing an anonymous source, Car and Driver is reporting that Mazda may axe the RX sport car. Details inside

If you're a Mazda fan, you might want to look away as a new report is indicating the company's rotary engine and RX sports car could be history.

Citing an anonymous source, Car and Driver is reporting that last week's rumor of a hybridized RX-9 is untrue. Additionally, the magazine says a successor to the RX-8 is increasingly unlikely as sales have been dismal enough that Mazda has decided to forgo a special edition to highlight its end of production.

Despite all the dire predictions, there is reportedly a movement to keep the sports car alive. While it seems like a long shot, the model - if approved - is rumored to adopt the RX-7 moniker and ride on an extended version of the next-generation Miata platform.