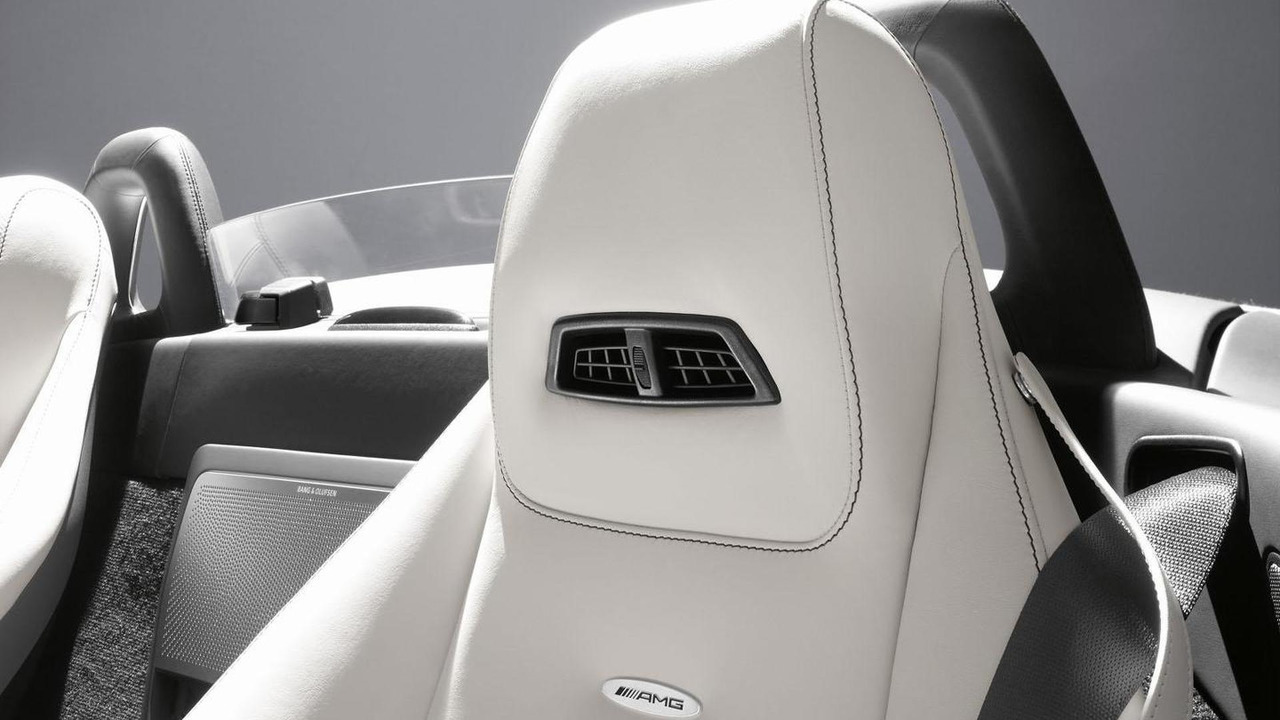 Mercedes has officially unveiled the SLS AMG Roadster, ahead of its debut at the Frankfurt Motor Show.

Mercedes has officially unveiled the SLS AMG Roadster, ahead of its debut at the Frankfurt Motor Show.

Designed to be the pinnacle of open-top motoring, the Roadster features a three-ply soft top that can be raised or lowered in eleven seconds at speeds up to 31 mph (50 km/h). While the roof is fully automatic and has a glass rear window, it doesn't steal any trunk space as the SLS has a cargo capacity of 6.1 cubic feet (173 liters) regardless of the top's position.

Inside, the cabin is elegantly appointed with designo leather upholstery, metallic trim and AMG sports seats with AIRSCARF. Options include a Bang & Olufsen audio system and an AMG Performance Media system that displays real-time vehicle information.

To ensure the Roadster handles just like the SLS Gullwing, engineers made numerous improvements to strengthen the chassis. Despite the changes, Mercedes estimates the car will weigh 3,661 pounds (1,661 kg) which is just 88 lbs (40 kg) heavier than the coupe.

According to Ola Källenius, Chairman of Mercedes-AMG GmbH, "Systematic lightweight construction, outstanding performance and a breathtaking design combined with sensuous open-air driving pleasure - the new SLS AMG Roadster perfectly embodies the AMG philosophy of German engineering and craftsmanship. The gullwing model has already thrilled sports car fans all over the world, and now the convertible version is bound to cause a sensation."

Pricing information hasn't been released, but the SLS AMG Roadster will be launched in the fall.