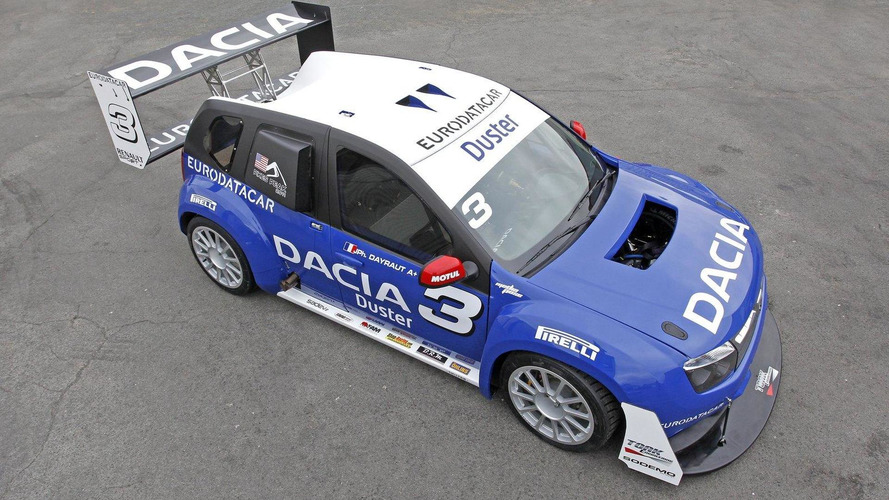 Following a preview earlier this month, Dacia has officially unveiled the Duster No Limit rally car. It will compete in the Pikes Peak International Hill Climb and features a tuned Nissan GT-R engine

Following a preview earlier this month, Dacia has officially unveiled the Duster No Limit rally car.

Built specifically for the Pikes Peak International Hill Climb, the one-off racer was constructed by Tork Engineering with the assistance of Renault Sport Technologies. It will compete in the Unlimited class, which has lenient regulations, so designers were free to let their minds run wild. As such, the Duster features a tubular chassis, a lightweight composite body, and massive rear wing.

Power is provided by a mid-mounted engine that is based on the 3.8-liter V6 used in the Nissan GT-R. Detailed performance specifications haven't been released, but Dacia says the engine develops 850 hp (634 kW / 862 PS) and is connected to a six-speed sequential Sadev transmission.

The car will be driven by Jean-Philippe Dayraut, a three-time winner of the Trophée Andros, who said "The Pikes Peak Hill Climb is the only event where you get to keep a monster like this in check while drifting at speeds of 200 km/h (124 mph) on a course which features a mix of asphalt and dirt. I can't think of any other form of motorsport where such cars are authorized."