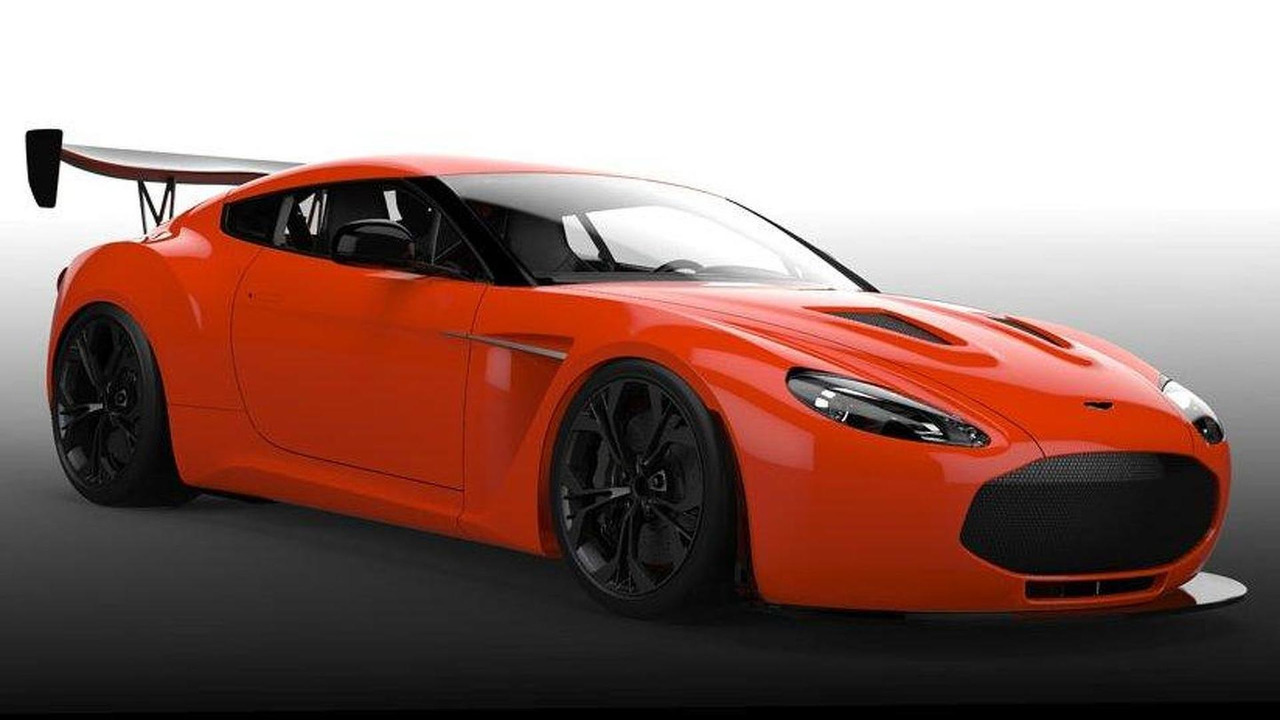 Here's a rendering supplied by Aston Martin of the V12 Zagato endurance racer.

The image shows the V12 Zagato in an orange livery and with a large, black rear wing.

The Aston Martin V12 Zagato will make its racing debut at the Nürburgring this weekend (Saturday May 28) in the 4-hr ADAC ACAS H&R-Cup VLN race.

Two editions of the racer will also compete at the 24-hr endurance race at the Nürburgring June 25 to 26.

Aston Martin CEO Dr. Ulrich Bez stated, "The 24-hour race is the ultimate road test and a fitting introduction for the V12 Zagato."

"Based on the reactions of our customers to this race car, we hope to offer a road-homologated V12 Zagato in a small, limited number as soon as possible."