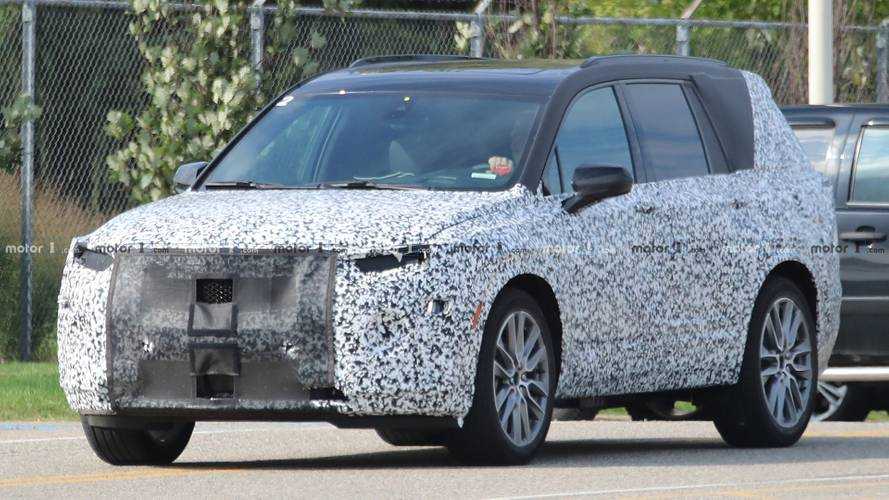 The three-row crossover marches toward its reveal.

Catching the Cadillac XT6 testing is easy. Our first set of photos came through in April, followed by spotting it again in May. Since then, the crossover has gone into hiding – or at least it was until recently when more photos emerged. The images look similar to those in the past; however, they warrant a closer examination. The XT6 spied in the new photos is slightly different, which means we could be inching closer to the new model’s reveal.

Just like before, the new photos of the test mules show the Cadillac covered in thick camouflage. But a closer inspection gives away a few important details. Previous photos show foam hiding underneath the camo in an attempt to conceal the XT6’s real design. However, that deceptive foam is now gone – as is the awkward faux hood scoop. Another notable detail is the inclusion of production headlights and taillights.

While the removal of the foam and addition of the exterior lighting elements are nice, the thick camouflage still hides much of the crossover’s exterior design. However, it should mimic the styling introduced on the XT5, except stretched to the fit the XT6’s three-row design.

Power should come from the 310-horsepower, 3.6-liter V6 engine paired with a nine-speed automatic gearbox taken from GM’s parts bin. Automatic stop-start is expected as a standard feature. The XT6 should use a MacPherson strut design in the front and a five-link independent suspension design at the rear. There’s a twin-turbocharged powertrain possibility that could produce around 400 hp in the XT6’s top trim level.

We should see the production XT6 soon; however, when that will occur remains up in the air. Prevailing rumors suggest Cadillac will debut the new crossover at the Los Angeles Auto Show later this year. However, Cadillac President Steve Carlisle said the company’s next new product would debut at the Detroit Auto Show in January. Either show would provide a near-perfect venue for the reveal. Regardless when Cadillac takes the cover off the XT6, it should go on sale in April or May of next year.