2019 Ranger Has Best-In-Class Torque, Towing – But There's A Catch 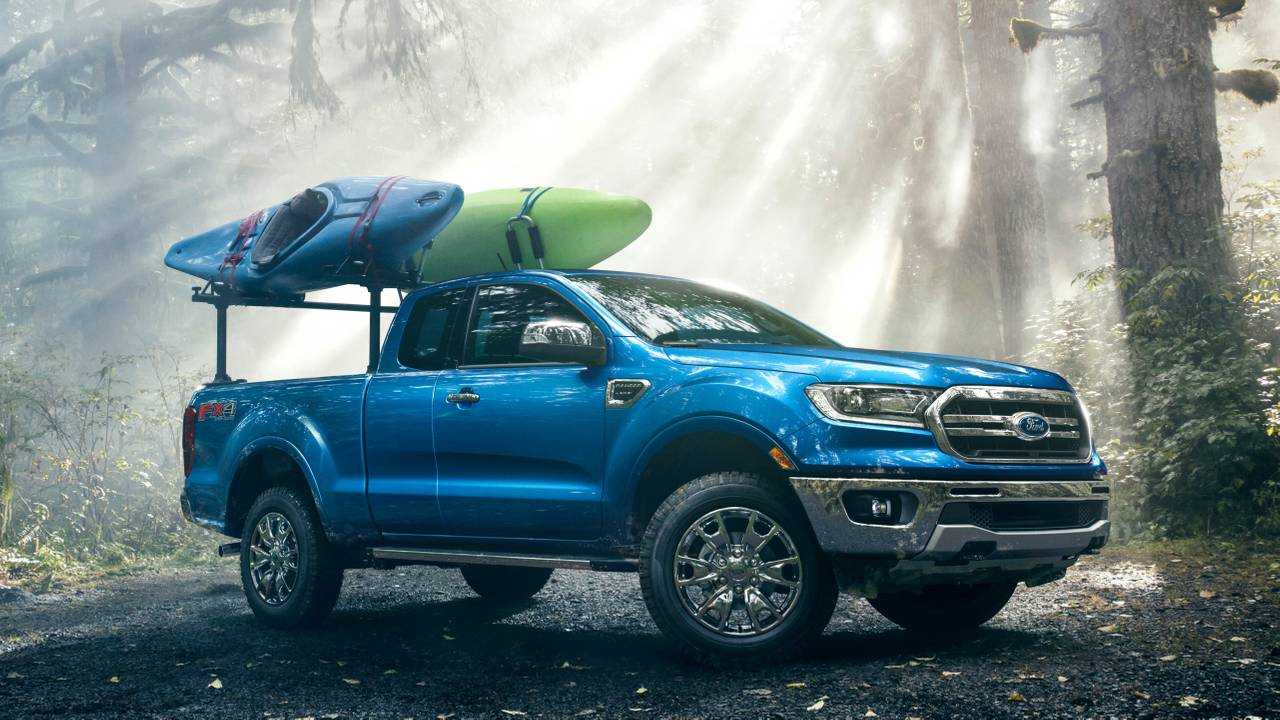 The ranking only applies to gasoline-powered midsize truck competitors.

Update: Chevrolet incorrectly listed the towing capacity of its gasoline-powered Colorado pickup as 7,700 pounds on its consumer website. That figure applies only to the diesel-powered Colorado. We've updated this article to reflect the new information.

It’s a good day for curious pickup truck fans in North America. We just reported on alleged leaked information for GM’s new Duramax diesel in the half-ton Chevrolet Silverado and GMC Sierra. Now, Ford is giving us official specs for the all-new midsize Ranger, and they aren’t too shabby overall.

Specifically, Ford lists the Ranger as having 270 horsepower (201 kilowatts) and 310 pound-feet (420 Newton-meters) of torque from its 2.3-liter EcoBoost four-cylinder engine. It’s also rated to tow 7,500 pounds, and it can carry a maximum payload of 1,860 pounds.

“Think of Ranger as the biggest and most capable backpack for your gear,” said Rick Bolt, chief engineer for the new Ford Ranger. “With 1,860 pounds of maximum payload, Ranger can haul nearly a ton of gear to enable your next adventure.”

To that end, Ford says the Ranger’s payload capacity is best-in-class, as well as its towing and maximum engine torque. That is, best-in-class for gasoline-engined competitors when it comes to towing and torque. GM’s midsize twins – the Chevrolet Colorado and GMC Canyon – both offer diesel power with considerably more torque. Furthermore, a quick look at Chevrolet’s consumer website actually lists the 3.6-liter gas-powered Colorado with a maximum towing capacity of 7,700 pounds. After contacting Chevrolet, however, that number is an error – it only applies to the diesel-powered Colorado. The gasoline version checks in with a 7,000-pound towing capacity, which the Ranger clearly beats. Still, it would seem there's a fair amount of cherry picking going on at the Blue Oval to find some stats where the new Ranger comes out on top.

In any case, the Ranger appears to be competitive in the midsize category even if it’s not top-dog all the way around. The Colorado and Canyon offer nearly 40 more hp, but the Toyota Tacoma and Nissan Frontier are within a 10-hp spread. One thing we aren’t told yet is fuel economy, but here’s a quick powertrain comparison chart between the Ranger’s main competitors for easy reference.

The new Ranger is Ford’s first entry into the midsize truck segment for North America, and it could be a critical category in the years to come. Checking into the field with mostly average stats might be a problem if the Blue Oval hopes to attract buyers from established competitors. In some ways, it almost feels like Ford is leaving room for a higher-level Ranger to take a fresh place in the market. Can you say Ranger Raptor? Yeah, we can too.
Source: Ford
++
Hide press releaseShow press release

“Think of Ranger as the biggest and most capable backpack for your gear,” says Rick Bolt, Ford Ranger chief engineer. “With 1,860 pounds of maximum payload, Ranger can haul nearly a ton of gear to enable your next adventure.”

The 2019 Ford Ranger’s standard 2.3-liter EcoBoost® produces 270 horsepower and, more importantly, 310 lb.-ft. of torque – the most engine-turning power of any gas engine in the midsize pickup segment, including V6 engines from competitors.

Paired with a class-exclusive 10-speed transmission, Ranger features a unique combination of power and capability that only comes from a truck that’s Built Ford Tough.

Anchored by a high-strength steel frame and robust solid rear axle with Hotchkiss suspension, Ranger can conventionally tow more than any gas engine truck in its class – 7,500 pounds when equipped with the tow package and a trailer brake controller.