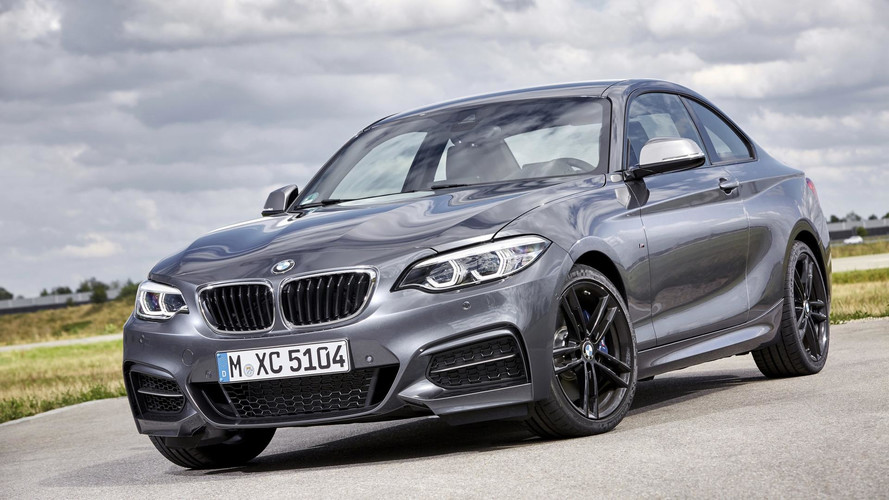 The new X5 and the forthcoming X6 have also received nicknames.

Looking at all the BMW news from the past few days, it’s safe to say the company’s officials have been quite generous with sharing tidbits while talking with the media gathered at the Paris Motor Show. We’ve learned about the desire to build a new supercar, the axing of the 3 Series Gran Turismo, and that a pickup truck is not in the works. Since it’s Friday and the weekend is upon us, here’s something a bit less focused.

Speaking with Australia’s Motoring magazine, BMW development chief Klaus Frohlich revealed the next-generation 2 Series has been named internally the “Drift Machine.” This can only mean a rear-wheel-drive layout, so you can rest assured the coupe at least will have a tail-happy arrangement.

Get up to speed with the latest from BMW:

Frohlich told designers and engineers the focus during development phase should be on making the 2 Series a driver’s car. He added that despite a shrinking segment, the range-topping M2 has to stay rear-wheel drive since it’s important not just for the M brand, but for the entire company as well. BMW’s development boss went on to mention:

“So I fought hard and I won, so you will have also a 2 Series successor that will have the power where you need it.”

According to recent reports, the 2 Series family will be going through some changes as word on the street says there won’t be a new convertible. The number of models won’t decrease as the rumor mill points towards the introduction of a four-door Gran Coupe. With the exception of the two-door coupe, all of the other models are expected to ride on a front-wheel-drive platform, but it’s too soon to know for sure.

The 2 Series is not the only new BMW to get a nickname as the recently launched X5 has been baptized “The Boss” whereas the next X6 coming at some point in 2019 goes by the name of “The Beast.” Frohlich mentions this decision to give products nicknames is more than simply having a fun topic to talk about at the office’s water cooler. He wants to emphasize that even though models share some of the hardware, “every car has to have a different character.”