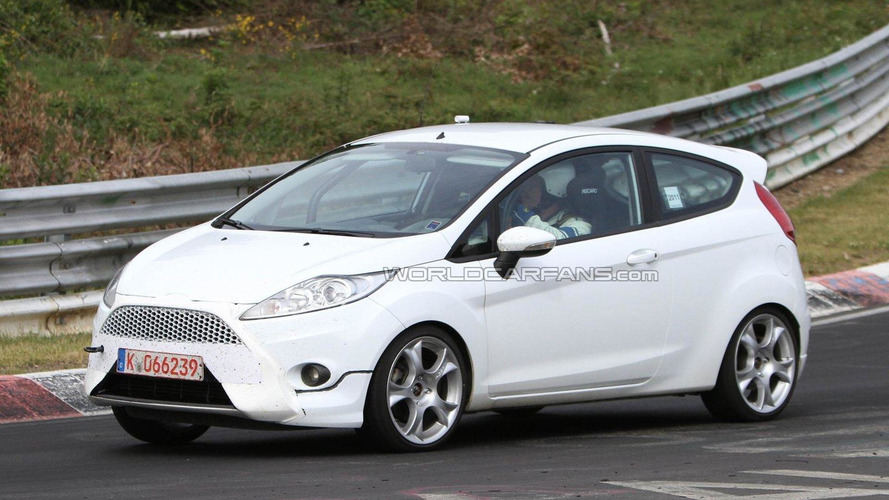 Ford testing prototypes in both body-styles at the Nürburgring. The Fiesta ST is slated for a debut at the Frankfurt motor show in the fall.

Our spy photographers have caught both the 3-door and 5-door 2012 Ford Fiesta ST while the models were doing some testing at the Nürburgring.

We recently had spied only the white 3-door prototype testing, this time we also have a 5-door dressed in black. Oddly, it is wearing more camouflage around the front bumper than is present on the more visible white prototype.

Under the hood we expect a 1.6-liter Ecoboost engine with around 180 bhp (134 kW / 182 PS). Transmission will be a six-speed manual gearbox, while Ford may offer a six-speed PowerShift automatic as an option on U.S. models.

The 2012 Ford Fiesta ST will debut at the Frankfurt motor show in the fall.