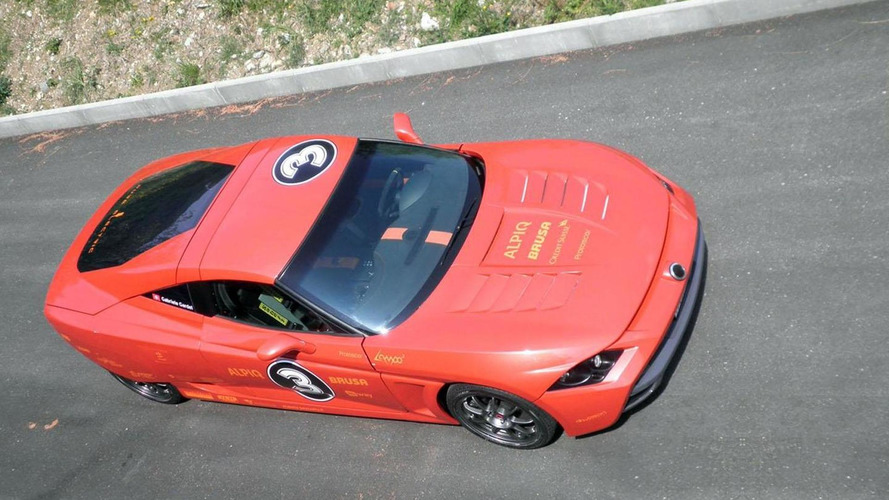 Protoscar has unveiled the new Lampo3 EV concept. It features a a tubular steel chassis, a composite body and three electric motors

Following in the footsteps of the Lampo and Lampo2, the third generation model is a 2+2 coupe that features a tubular steel chassis, a composite body and a removable targa roof.

Motivation is provided by three electric motors that produce a combined output of 420 kW (563 kW / 570 PS) and 900 Nm (664 lb-ft) of torque. Thanks to their unique setup (one on the front axle, two on the rear axle), the car has rear torque vectoring and all-wheel drive. Detailed performance specifications haven't been announced, but Protoscar estimates the Lampo3 will be able to accelerate from 0-100 km/h in 4.5 seconds, hit a top speed of 220 km/h (137 mph) and travel up to 200 km (124 miles) on a single charge.

Power is provided by a 32 kWh lithium-ion battery that has been outfitted with a BRUSA on-board charger which enables the car to be charged with everything from "a standard single-phase 10A plug ... to a three-phase 32A industrial plug."

While the Lampo3 is technically a one-off concept, Protoscar is considering a production model that could be offered in limited numbers.