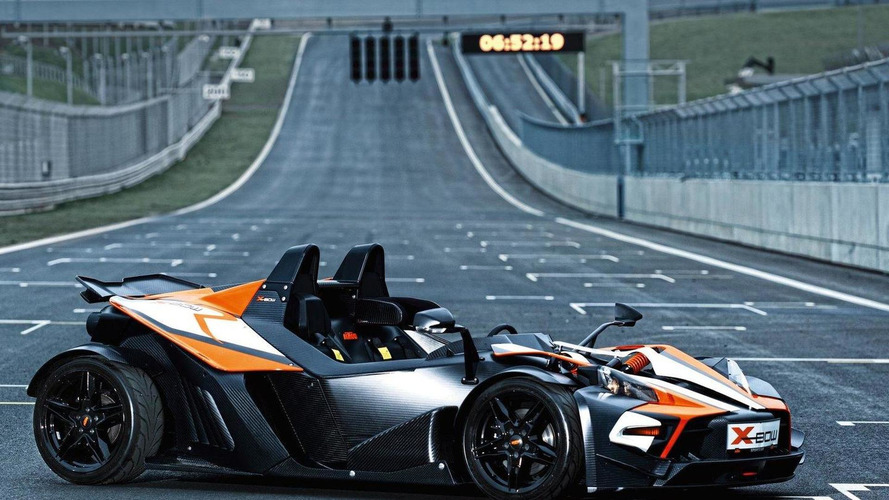 To fend off new competitors, like the BAC Mono, KTM has officially unveiled the X-Bow R.

Described as a "further development" of the original model, the R features an Audi-sourced 2.0-liter TFSI petrol engine that has been equipped with a larger turbocharger, high performance fuel injectors and a new ECU. Thanks to these modifications, the four-cylinder produces 300 PS (220 kW / 295 hp) and 400 Nm (295 lb-ft) of torque compared to the standard X-Bow with 240 PS (177 kW / 237 hp).

To handle the extra power, engineers installed a new torque arm that is directly connected to the carbon monocoque chassis. This enables the X-Bow to have "significantly" improved torsional rigidity and better handling. Additionally, the car's center of gravity has been lowered by 15mm and the suspension has been upgraded with stiffer springs and dampers.

If this sounds like your cup of tea, prepare to shell out €58,795 (excluding taxes and import duties).