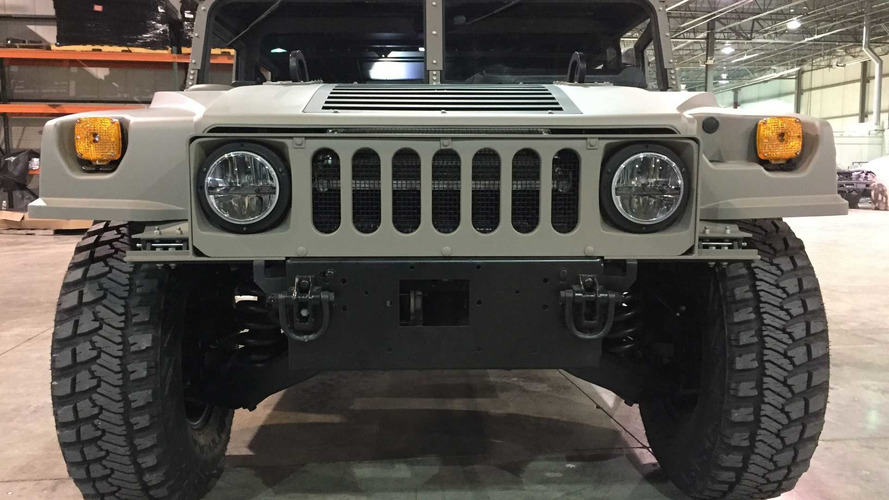 A potential deal could be worth an estimated $2 billion.

AM General, the producer of the original High Mobility Multipurpose Wheeled Vehicle (HMMWV or Humvee) and one of the major firms which design, engineer and manufacture specialized military vehicles, is searching for a new owner. The company has hired investment bank Macquarie Group Ltd to seek potential bidders, which are reportedly competitors from the military business and two automakers, according to Reuters.

While General Dynamics, Oshkosh Corp, and BAE Systems PLC, all players from the military ground vehicle market, seem like natural candidates, General Motors and Fiat Chrysler Automobiles are probably not your typical bidders for a military vehicle producer. Of course, nothing is confirmed at the moment and the information comes from “people familiar with the matter.”

Call Of Duty Publisher Sued Over Using Hummers In Games

AM General's Entry For Next Mail Carrier Spied Testing

According to preliminary calculations, a potential deal could value AM General at $2 billion or even more. In September, the company was awarded an Army contract for as many as 2,800 new M997A3 Humvee ambulance vehicles, a deal which is believed to be worth approximately $800 million. Last year, as a part of a larger Foreign Military Sales agreement, AM General received a $550-million contract for delivering HMMWVs for use as protected weapons carriers, cargo transporters, and ambulances to Afghanistan, Iraq, Ukraine, Jordan, Slovenia, Bahrain, Columbia, Bosnia, and Kenya.

Back in 1998, General Motors purchased the Hummer brand from AM General to market three generations of military-based civilian SUVs in the next years - the original H1, based on the Humvee, and the H2 and H3, both underpinned by civilian-market GM architectures.

AM General is also known for its developments in other automotive sectors. The Indiana-based manufacturer even has its own proposal for a new USPS mail carrier truck, one of a total of five options. Fighting for a deal worth an estimated $6.3 billion, AM General is competing against Hasan/Morgan Olson, Oshkosh, Mahindra, and VT Hackney/Workhorse. The new USPS contract should be announced before the year’s end. Interestingly, the Postal Service wants only right-hand drive vehicles with optional air conditioning and all-wheel drive.