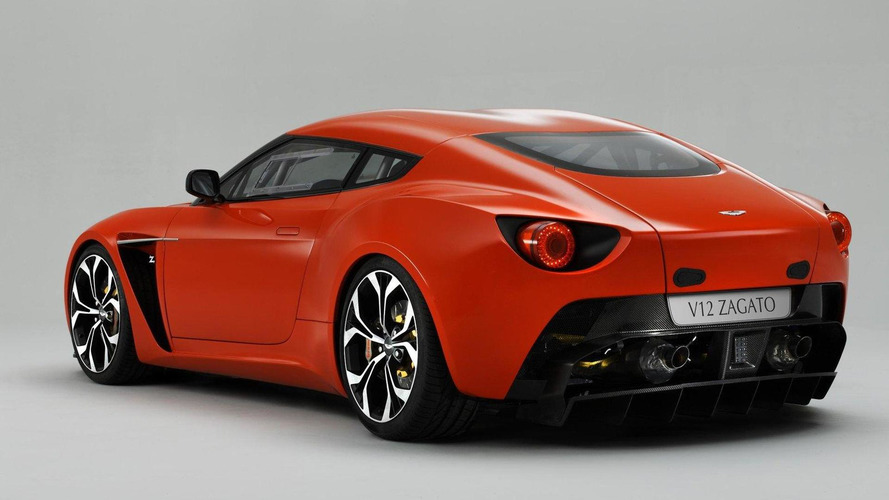 The V12 Zagato is a design project but Aston Martin will also race the car at the Nürburgring 24hr endurance competition.

An Aston Martin with some Italian design flair...and we say it's a looker.

This is the V12 Zagato, a joint project between Aston Martin and Italian design house Zagato, based on the V12 Vantage. The V12 Zagato was created to celebrate the 50th anniversary of the DB4GT Zagato. Since then Zagato and Aston Martin have collaborated together on several projects such as the V8 Vantage Zagato and DB7 Zagato.

"The Zagato design language is a perfect complement to our design and engineering expertise. After 50 years of the two companies being associated with each other the partnership has produced some of the world's most iconic cars," says Aston Martin CEO Dr Ulrich Bez.

The Zagato team worked with a group of Aston Martin engineers headed by Chris Porritt - the man who led the One-77 development.

The V12 Zagato is a two-door, two-seat coupe with a handcrafted aluminum body, a bonded aluminum structure and a bespoke steel roll cage. Distinct design features include the double-bubble roof.

The V12 Zagato concept will be unveiled to the public at the Villa D'Este Concours on May 21 but the car won't just be sitting around.

The V12 Zagato make its racing debut at the four-hour VLN race at Nürburgring on May 28 and also make an appearance at the Nürburgring 24 hour endurance race on June 25 and 26.