The drone-equipped mobile command center stands out at the Paris Motor Show.

Nestled among the vehicles debuting at this year’s Paris Motor Show is a rather special Land Rover Discovery. Most people are accustomed to seeing the mid-size luxury SUV prowling strip malls or snazzy restaurant parking lots, but Land Rover actually has a relationship with the Austrian Red Cross that dates back to 1954. That’s why this particular Discovery is decked out with red and yellow trim, not to mention the familiar Red Cross markings that identify this as a rescue vehicle. But there’s quite a bit more to it than that.

Paris is the place to be: 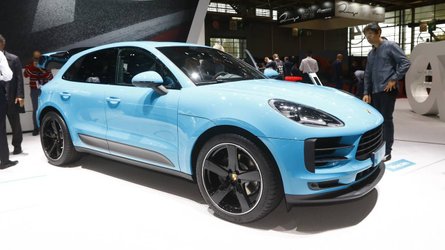 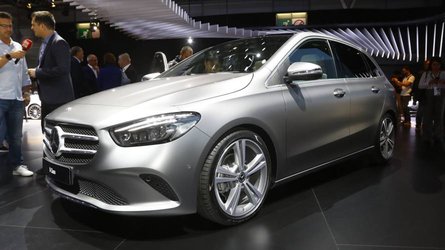 In fact, Land Rover Special Vehicle Operations spent 18 months working with the Austrian Red Cross to bring this machine to life. It was built from the original Project Hero concept vehicle we saw way back in the spring of 2017 at the Geneva Motor Show, which garnered attention thanks to its cool deployable drone, among other things. This newest Discovery is no concept – it is already in service with Austrian Red Cross and yes, the deployable drone is still a key feature for this special rescue vehicle.

The drone rides atop a special Expedition roof rack that also has a bank of multiple-frequency radio antennas, two mobile WiFi hotspots and a satellite phone. The drone itself is fitted with a long-range thermal imaging camera that can detect the heat a vehicle from over a half-mile away, or a single person from over a quarter-mile. Drone operators can then track objects simply by tapping them on a touchscreen video feed, delivering specific coordinates to the target in the process.

That’s actually the goal of this rescue vehicle – reducing search-and-rescue times. As such, this specially equipped Discovery basically becomes a forward command center during emergencies with its search capability and bank of onboard communication systems. And since it’s a Land Rover, it is rather adept at getting to places a normal van wouldn’t be able to reach.

“Since we started collaborating in 1954, our aim has been to help the Red Cross improve its disaster response and ultimately to help save lives,” said Michael Van Der Sande, managing director of Jaguar Land Rover Special Operations. “Over the past 18 months our engineers have worked closely with the emergency response team at the Austrian Red Cross, deploying Land Rover’s technology and talent to create a unique solution to the requirements of the Red Cross in the region.”

The bespoke Discovery will provide eyes in the sky with a special drone and go-anywhere wheels on the ground, as an emergency mobile command centre with the Austrian Red Cross disaster response teams.

The vehicle, developed from the original Project Hero concept car is the result of an 18-month collaboration between Land Rover Special Vehicle Operations and the Austrian Red Cross.

The specially designed and engineered Discovery has the latest communications equipment, including an advanced eight-rotor drone. A long-range thermal imaging camera fitted to the drone is capable of spotting a person from 440m and can identify a vehicle at almost 1,000m.

The Discovery will operate as a mobile nerve centre for disaster emergencies from which Red Cross experts can direct rescue operations. Bespoke features include four radio antennae, 360-degree lighting and a unique integrated carbon fibre loadspace Command Centre, enabling Red Cross operatives to co-ordinate emergency responses as soon as they reach the scene of an emergency, day or night.

"Our partnership with the Red Cross isn’t just about our vehicles. Since we started collaborating in 1954, our aim has been to help the Red Cross improve its disaster response and ultimately to help save lives. Over the past 18 months our engineers have worked closely with the emergency response team at the Austrian Red Cross, deploying Land Rover’s technology and talent to create a unique solution to the requirements of the Red Cross in the region."

"We are grateful for Land Rover’s generous support over the past six decades. The Discovery Emergency Response Vehicle is yet another result of our strong global partnership that brings together the best expertise of the Red Cross and Land Rover in one unique vehicle, which will make a difference in rescue operations in the harshest conditions. We are proud to be working with Land Rover to build resilience in communities around the world in the face of natural disasters such as monsoons, flooding and earthquakes."

IFRC UNDER SECRETARY GENERAL FOR PARTNERSHIPS

Land Rover’s close relationship with the International Federation of Red Cross and Red Crescent Societies (IFRC) began, with the donation of a vehicle to be used as a mobile dispensary in the deserts of Dubai in 1954. Since then, Land Rover has donated more than 120 vehicles to the IFRC, helping the organisation improve the lives of vulnerable communities across the globe.