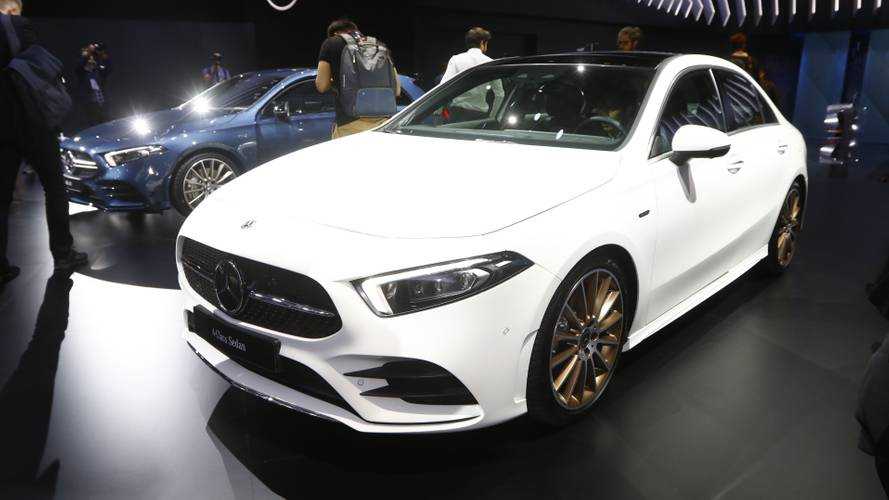 ... not just because this is the Edition 1 version.

The Mercedes-Benz A-Class Sedan is making its first public appearance in Europe during the 2018 Paris Motor Show. Not only that, but it’s sitting under the spotlights in the French capital in its limited range-topping form, the Edition 1.

Available from day one, the special edition will be offered for a limited period of just 12 months. It has virtually everything one could ask for as standard, from LED High Performance headlights to 64-color LED ambient lighting and sports seats benefitting from adjustable head restraints.

Here's all you need to know about the A-Class Sedan:

For those who say the Edition 1 makes no sense given its hefty €7,021 premium over an equivalent regular A-Class Sedan, we’ll just point out the two-tone multi-spoke 19-inch wheels and the stylish “diamond” front grille. Once inside the cabin, you’ll also notice the top of the dashboard has copper stitching, much like the central armrest and the seats.

At this point, it’s not clear whether Mercedes will sell the A-Class Sedan Edition 1 in the United States, where the compact vehicle will act as the company’s entry-level car by slotting underneath the CLA. The regular version of the model will go on sale early next year and customers will be able to choose from the A220 and A220 4Matic variants.

Both they have a 2.0-liter turbocharged engine with 188 horsepower and 221 pound-feet (300 Newton-meters). Power is channeled to either the front wheels or both axles through a seven-speed dual-clutch automatic gearbox.

Fewer Mercedes models on the way?

European orders books are already opened for the automaker’s smallest sedan. In Germany, the entry-level A200 kicks off at €30,916, making it €685 more expensive than the equivalent five-door hatchback. The most expensive version money can buy right now is the A250 4Matic from €39,525, but that’s without the aforementioned price of the Edition 1 models.