Dacia Duster Gains 1.3-Liter Gasoline Engine With Up To 150 HP 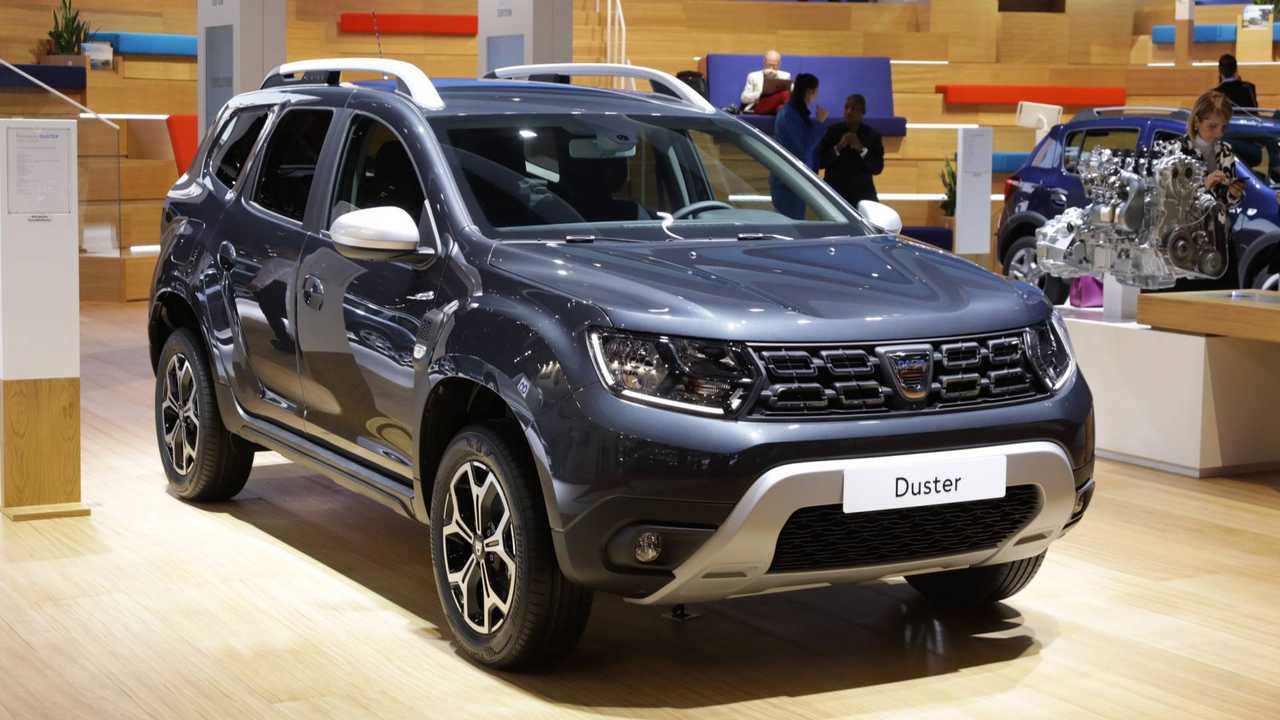 The Dacia range is also getting an updated infotainment system with Android Auto and Apple CarPlay support.

After introducing more powerful Blue dCi diesel engines earlier this year, Dacia is updating the engine range of its affordable SUV with a newly developed 1.3-liter TCe engine benefitting from a gasoline particulate filter. Already available for several Renault, Nissan, and Mercedes models, the four-cylinder mill will be offered in the Duster in two states of tune: 130 horsepower (96 kilowatts) and 240 Newton-meters (177 pound-feet) of torque and in a beefier configuration with 150 hp (110 kW) and 250 Nm (184 lb-ft). This effectively makes the Duster the most powerful production model Dacia has ever launched.

The 1.3-liter TCe can send its power to the front wheels for the time being, but wait until the middle of next year and you’ll be able to order this engine in a Duster equipped with a grippy 4x4 system. If you feel like life’s too short and you can’t wait until then, Dacia will begin to take orders for the 4x2 Duster in a few weeks.

In related news, the entire Dacia range is getting a technological refresh with the implementation of the Media Nav Evolution system programmed to take place by the end of 2018. Aside from integrating Android Auto and Apple CarPlay as well as supporting Waze, Whatsapp, and Spotify, the revised infotainment is now quicker and easier to use while also packs more features than before. You’ll be happy to hear the Romanian automaker won’t be charging you extra for the new system as it will carry the same price as the old Media Nav setup.

Following the launch of All-New Duster, Dacia is still surfing on the wave of its success by establishing new records for retail sales in Europe. At the Paris Motor Show today, 2nd October, Dacia will be present new engines as well as an updated multimedia navigation system. The Dacia community is also being acknowledged with the publication of the #DaciaRoadStories guide.

The new lighter aluminium engine block includes new innovations such as ‘Bore Spray Coating’. This coating technology, used on the inside of the cylinder, through improved management of the heat allows better performance and increased driving pleasure.

After having renewed all its diesel engines with Blue dCi on 4x2 and 4x4 versions, Dacia is launching sales of these new Duster petrol engines available on 4x2 versions and from mid-2019 on 4x4 versions. Order-taking will begin towards the end of the year in the UK.

Ready for 2019, Dacia is equipping its range with a new version of its Media Nav Evolution multimedia system, providing easier and faster navigation and new features:

#DaciaRoadStories, a guide produced by and for the Dacia community

With more than 5 million Dacia vehicles sold worldwide, the brand wanted to celebrate this milestone with its community through an innovative collaborative project, entitled #DaciaRoadStories.

The activity received the support of over 1 million fans on social media, who followed and enriched the journeys of nine influencers for two months. Driving a New Duster, they drove through Belgium, Switzerland, Germany, Denmark, the United Kingdom and France. A guide that is certain to whet the appetite of road trip enthusiasts!

Unforgettable stories and great travel ideas from the community are collated into the #DaciaRoadStories guide, available on https://daciaroadstories.com/fr/ or on Instagram. Also available as a Real visitors’ book, this guide fully reflects the spirit of generosity and conviviality that is particular to Dacia.

Dacia has achieved the best first half-year sales in terms of volumes in its history. The brand confirms its third place in the retail market in France. For the first half of the year, in France, the brand’s sales were up by 20.8%.

Sandero, a real star among Dacia models, is still No. 1 for retail sales in Europe and the All-New Duster is still enjoying great success with nearly 62,900 car registrations in six months in Europe.