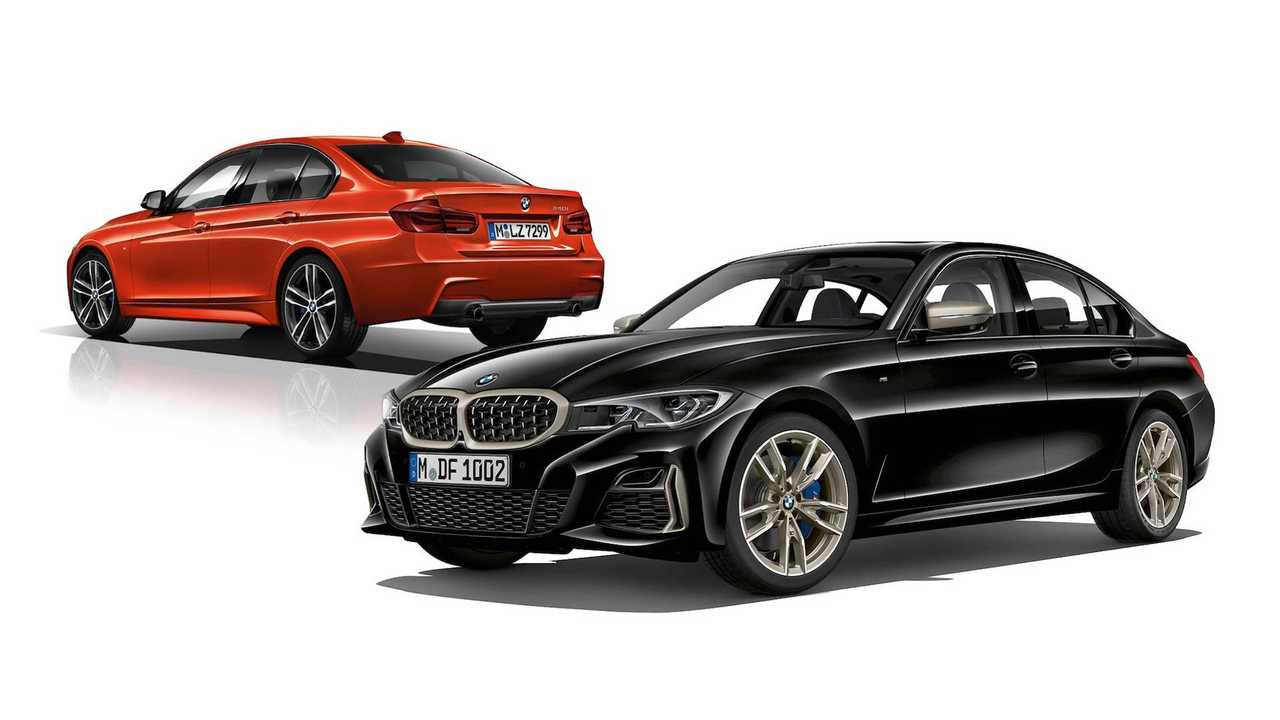 The 2019 BMW 3 Series may have a new platform, but its design isn’t dramatically different

After what felt like an eternity of waiting, taunted by spy photos and shadowy teasers, the new BMW 3 Series finally made its debut at the Paris Motor Show. Perched atop an all-new platform, and wielding a range of new engine options, the self-proclaimed king of sports sedans is completely new from bolts to butt.

Though it may not look like much at first glance, the new 3 Series is nearly three inches (76 millimeters) longer than the previous generation, and has a wheelbase that’s extended by 1.6 inches (41 mm). Visually, it’s a looker – its subtle, stylish new design is an upgrade over the F30. The front fascia finally has some personality, and brand new light fixtures – both front and rear – give it a more-aggressive appearance overall.

Peep the new model alongside the outgoing version, and you should be able to point out some of those distinguishing new features.

Take A Closer Look At The All-New 3:

Depending on the trim, the new BMW 3 Series has a few varying looks. This one – a white 340i – isn’t as sharp as some of the other trims. But it still looks good. The dual kidney grille is now larger and more pronounced than the previous model, it even comes wrapped in a chrome trim piece.

The headlights aren’t as angled as the ones found on the outgoing model. Instead, they receive a more horizontal treatment up top, with a sharp crease on the lower portion that separates the two bulbs. The lower vent is now separate from the fog lights fixtures, and the fog lights themselves get the slim LED treatment.

The wheels, though all new, borrow some cues from the previous generation. The 10-spoke layout carries over, but now the spokes are thinner and more separated. It’s a solid upgrade all around.

The front half of the new 3 Series isn’t nearly as dramatically styled as the rear. BMW ditched the previous taillight treatment for a new housing that almost resembles the Lexus RC’s – oddly enough. The C-pillar is slightly wider, the trunk lid is angled more upright with an embedded lip spoiler, and the same shapely black fixtures that surround the fog lights carry over to the tail. In this case, they house the rear deflectors.

Cover the BMW badge with your finger, and you might not notice this as a BMW product (had you now already known). This is a dramatically new direction for BMW, and the 3 Series in particular. Some of these same cues can be seen on the all-new 8 Series.

Again, don’t expect a ton of changes when you hop in the cabin of the new 3 Series. A lot of the same elements carry over – things like the circular tri-spoke steering wheel, the iDrive controller, and general layout of the cabin are almost identical to the outgoing model. But there are some pretty big differences to take note of.

For one, the analog instrument cluster has been ditched for a fully digital setup. The central infotainment screen still juts up from atop the dash slightly, but now it’s more seamlessly integrated. A number of buttons directly underneath the infotainment screen have been ditched, and the gear shift lever appears to have a bit more heft.

Just like the exterior, the inside of the new 3 Series isn’t dramatically different, but it’s a handsome evolution, nonetheless.

Take a closer look at the 3 Series: