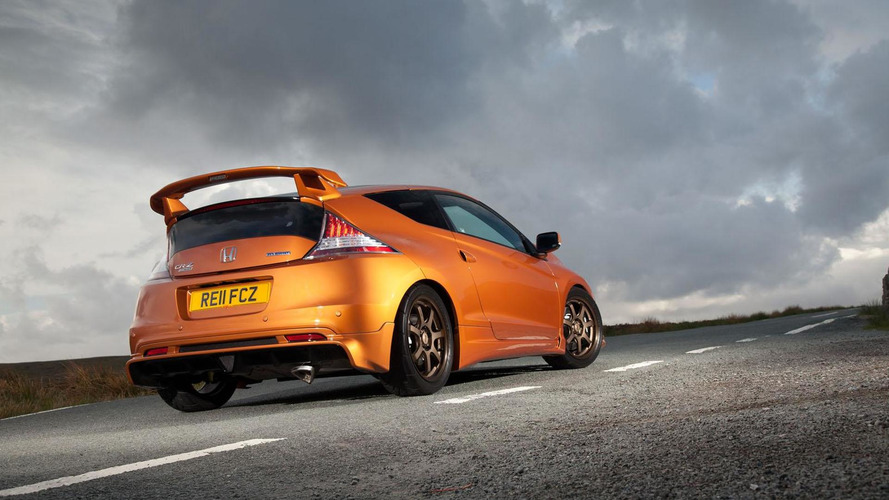 Essentially a one-off concept, the model is outfitted with an aerodynamic body kit, a sport-tuned suspension and a supercharged 1.5-liter engine.

Honda has released the first pictures of the CR-Z Mugen, ahead of its debut at the Goodwood Festival of Speed.

Essentially a one-off concept, the model is outfitted with an aerodynamic body kit, a sport-tuned suspension, a high-performance braking system and 17-inch alloy wheels. Furthermore, the car weighs 50 kg (110 lbs) less than the standard CR-Z.

Detailed specifications haven't been announced, but power is provided by a supercharged 1.5-liter engine that is paired to an IMA hybrid system. This gives the car a combined output of approximately 200 PS (147 kW / 197 hp) and 181 lb-ft (245 Nm) of torque, which enables it to accelerate from 0-60 mph in roughly 6.6 seconds.

According to Colin Whittamore, from MUGEN Euro, "We've retained the three driving modes from the standard car and economy ranges from 50+mpg in 'eco' mode to mid-30 mpg when tapping into the supercharged power in a special 'MUGEN' mode."