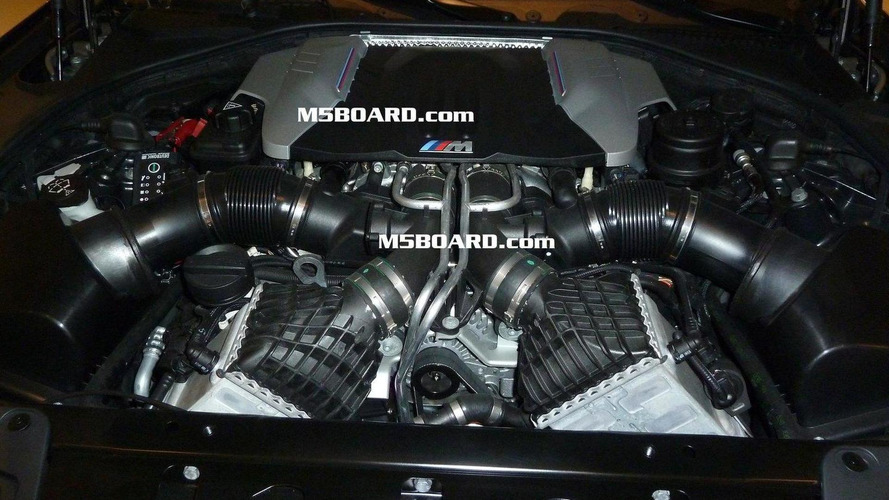 Here are a couple of under the hood shots of the upcoming 2012 BMW F10 M5 which were first published on M5board.com.

The 4.4 liter twin-turbo V8 with BMW M TwinPower technology will be coupled to the 7-speed M DCT Drivelogic double-clutch gearbox but details on output have still not been confirmed.

We expect somewhere in the vicinity of 575 PS (423 kW / 567 bhp) and 720 Nm (531 lb-ft) of torque, perhaps due to the rumor that BMW was having some gearbox problems with higher output levels. Original reports had pegged power at around 600 PS. This we cannot confirm but it is still far more power than on the previous M5's V10 engine and with a 25 percent reduction in fuel consumption to boot.

The next-generation BMW F10 M5 will debut at the Frankfurt motor show in September.