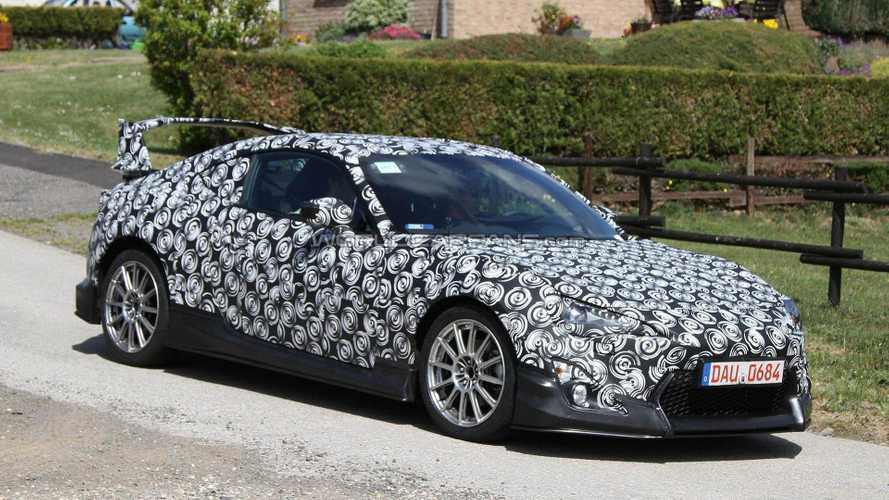 Just a couple of days after we first spied the Toyota FT-86 Coupe testing in Germany, we get another set of shots with Toyota having made some substantial changes to the car already.

We can clearly see a larger spoiler at the rear of this prototype than what we saw last Monday. New aerodynamic parts also seem to be fitted around the bottom of the car.

Even with this heavy camouflage, we still expect the upcoming 2012 Toyota FT-86 Coupe to closely resemble the FT-86 II Concept which was photographed in all its shiny glory just a couple of months ago.

Powering this new rear-wheel drive sport coupe will be a 2.0-liter boxer engine with approximately 200 bhp (149 kW /203 PS) coupled to a six-speed manual transmission - a six-speed automatic will be optional.

The new model will be unveiled later in the year, and be sold as the Scion FR-S in the United States, while an unnamed Subaru sibling will also be produced.