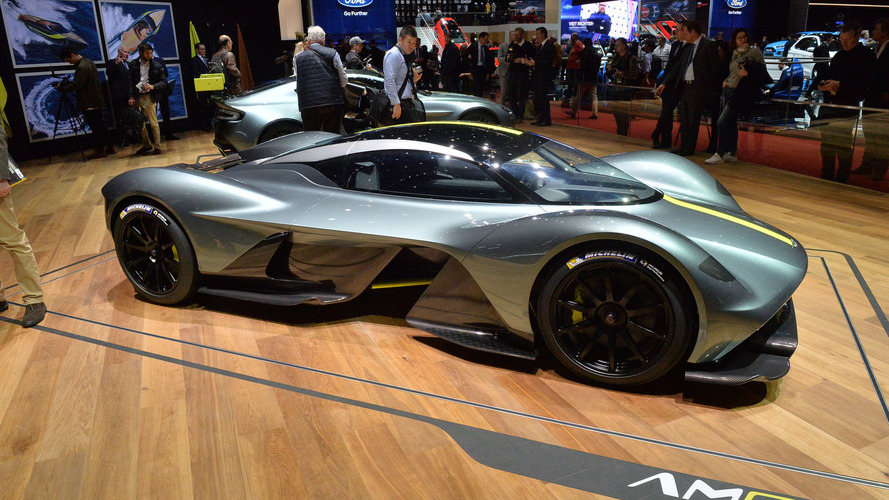 Cosworth is responsible for the engine's development, testing, and manufacturing.

Cosworth is a premier name in engine building whether you're considering about the DFA V8 that dominated an era of Formula One or the four-cylinder mill in the famous Mercedes-Benz 190E 2.3 and later, more potent 2.5. Now, the firm turns its attention to the Aston Martin Valkyrie hypercar and intends to create the most powerful naturally aspirated engine ever in a road-legal machine.

Cosworth is handling the design, testing, and manufacturing of the Valkyrie's engine, making the firm a third partnership in the big project. “Red Bull and Aston Martin had some very specific ideas about this car, which were very well aligned with our capabilities. When they want something like that in a car, that’s our wheelhouse," Hal Reisiger, Cosworth CEO, told Top Gear. “I’m happy to say we are on schedule for that, too.”

In an earlier tweet (above) that Cosworth later removed, the firm said that the Valkyrie's 6.5-liter V12 produced 1,130 horsepower (843 kilowatts). Taking this info down suggests that this figure might not be final, and at least part of this figure comes from the Aston Martin's hybrid assistance.

The most powerful naturally aspirated vehicle on sale today is the Ferrari 812 Superfast with a 6.5-liter V12 making 789 hp (588 kW). It appears that Cosworth's new engine should be considerably more power even if the 1,130 horsepower isn't entirely from the naturally aspirated powerplant.

Aston Martin only intends to build 150 units of the Valkyrie, and all of them already have reservations ahead of production beginning in 2019. However, it's still technically possible to get a brand new example of the hypercar because some folks are reportedly selling their build slots at a profit. Sellers beware, though, Aston is threatening to cancel the booking of anyone that the firm catches trying to sell his or her place in line.