Nissan Terra Body-On-Frame SUV Not Coming To U.S., For Now

Safety requirements make it impossible to sell the Navara-based SUV in America.

The Nissan Terra made its public debut at the 2018 Beijing Motor Show in April this year and is already available to order in China and Southeast Asia. Despite earlier rumors that it might eventually reach the U.S. market, it seems that the Japanese automaker has taken the decision not to sell it in America. At least, for now.

A confirmation of Nissan’s plans comes from Hironori Awano, chief vehicle engineer of the Terra, who recently declared that a launch in the United States “is out of our scope." While he acknowledged "the size is very nice for the U.S. market," safety requirements and other problems make it impossible to sell the seven-seat body-on-frame SUV Stateside. 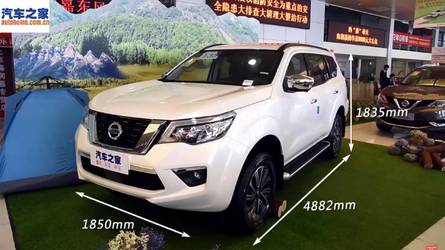 A First Proper Look At The Nissan Terra, The Navara-Based SUV 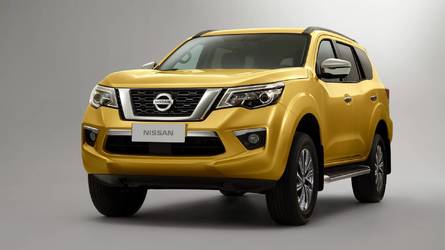 "The U.S. market is one of the toughest, not just because of crash tests but also because of customer expectations," he explained.

The Terra, essentially a Navara-based SUV, is positioned between the X-Trail/Rogue compact crossover and Patrol/Armada full-size SUV on the Chinese market, and is competing against the Toyota Fortuner, Mitsubishi Pajero Sport, Ford Everest, Chevrolet Trailblazer, and Isuzu MU-X. It is offered with three engines with the base option being a 2.5-liter gasoline motor with 180 horsepower (134 kilowatts).

Interestingly, two diesels with an equal power output are also available – a 2.3-liter twin-turbo and a 2.5-liter single-turbo engines, both generating 188 hp (140 kW). A six-speed manual or a seven-speed automatic are the only transmissions sold.

Another interesting fact is that, in China, the vehicle is offered in a strictly five-seat configuration, while a slightly longer seven-seat version was launched in the Philippines in late May this year. The Indonesian market also received a seven-seat variant of the SUV in August and, just two weeks later, the model was launched in the same configuration in Thailand as well.