2012 BMW 135i with M-sport package spied during police stop 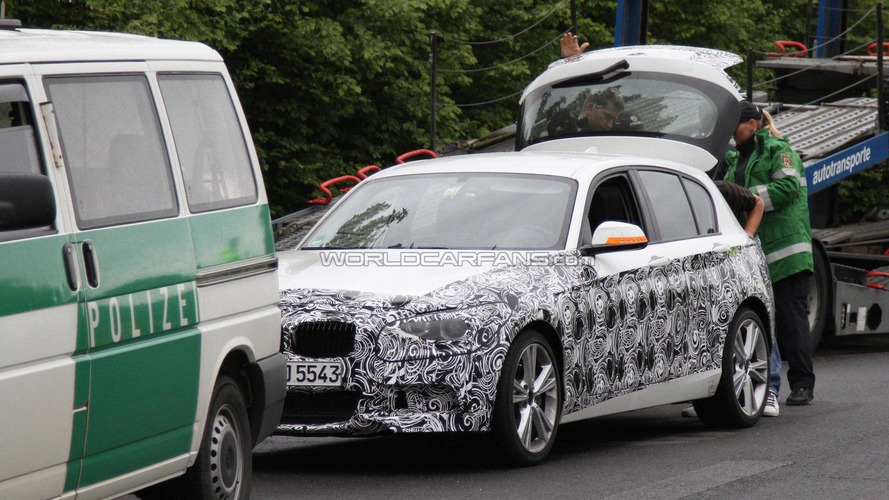 Spied during a police stop, the next-generation 2012 BMW 135i with the M-sport package reveals many new details.

Our spy photographers have lucked out and caught a 2012 BMW 135i hatchback prototype fitted with an M-sport package during a police traffic stop.

The two BMW test drivers were caught while going a little too fast for the tastes of the local police. We guess they're not fans of pre-production prototypes like we are. Or maybe they just wanted a closer look themselves.

We even get a clear shot of the interior of this 2012 135i. The car is also wearing an M-package which includes a new front bumper (and we have a perfect photo of that) and a dual exhaust at the back with large tailpipes.

In the closer shots we have here we notice the slightly larger dimensions of the next-generation BMW 1-Series and also how its shoulders seem to have been broadened.

Gallery: 2012 BMW 135i with M-sport package spied during police stop