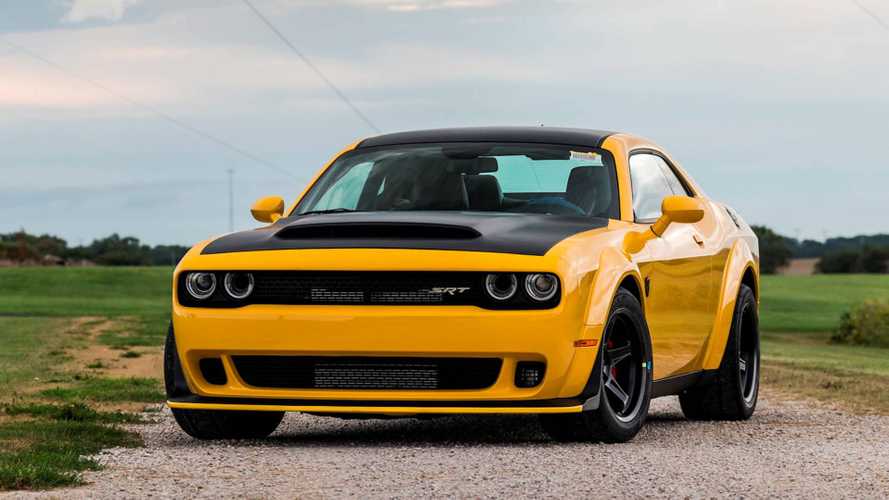 It has just 13 miles on the odometer.

Peruse the market and you'll learn quickly that used Dodge Demons do not come cheap. Though they started at a relatively reasonable $84,995 when new, low production numbers and high horsepower drove up the price of used examples significantly. Mecum Dallas is offering up this bright yellow example in just a few weeks. But with celebrity ties, don't expect to snag it for anywhere less than its original asking price.

This is one of the first 50 Dodge Demon's that rolled off the production line – number 47, to be exact. Reserved for celebrities and executives, this one is no exception. It was purchased by former racing driver, current team owner, and son of legendary driver Mario Andretti, Michael Andretti, and now it's looking for a new home.

It's in absolutely pristine condition; the odometer has just 13 original miles (20 kilometers). The car is so factory fresh, in fact, it still has all plastic on the seats and protective paper over the floor mats.

Like all Demons, this one comes powered by a factory supercharged 6.2-liter V8 producing 840-horsepower (626 kilowatts). Power goes to the rear wheels via a ZF eight-speed automatic transmission, with four-wheel disc brakes with vented rotors, a drag mode suspension, and speed-sensing power steering, and a Demon Crate – which holds a number of track-ready tools – is also available on this example.

Those interested in snagging this celebrity owned, extremely pristine Demon can head over to the Mecum Dallas auction in just a few weeks. The auction will be held from October 3rd to 6th. The auction house doesn't list an estimated price on this car, but it is being offered at no reserve.