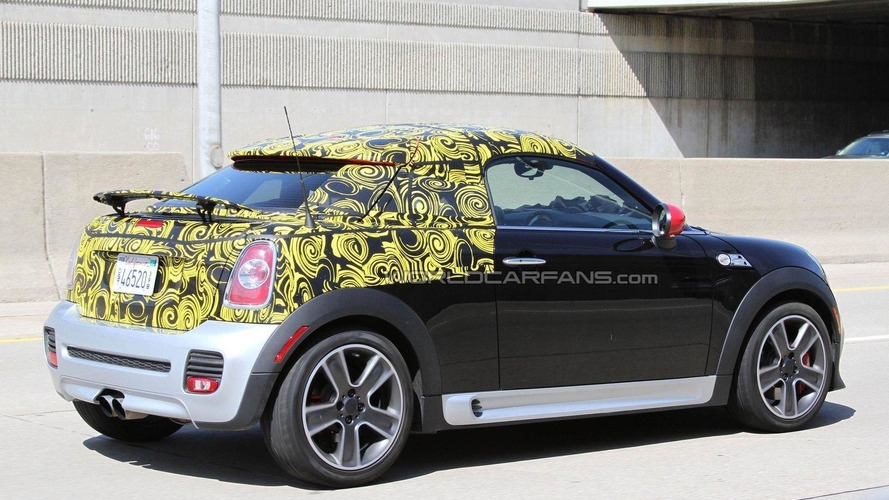 New spy shots of the upcoming 2012 Mini Coupe JCW show an open hatch and how the JCW body kit looks like on the car.

Here is the latest set of spy shots of the upcoming MINI Coupe John Cooper Works.

In this group of photos we get to see more of the rear design of the new Coupe model with our spy photographer capturing the rear boot open. And we get to see what the JCW tuning kits looks like on the car, including that rear roof spoiler.

That shot of the open hatch at the back also gives us a better idea of how tall the Coupe will be at the rear pillar. The car also seems to have a more upright windscreen than on the concept model MINI introduced at the Frankfurt show back in 2009 (LINK).

The 2012 Mini Coupe will likely debut alongside its Roadster sibling at the Frankfurt motor show this September.