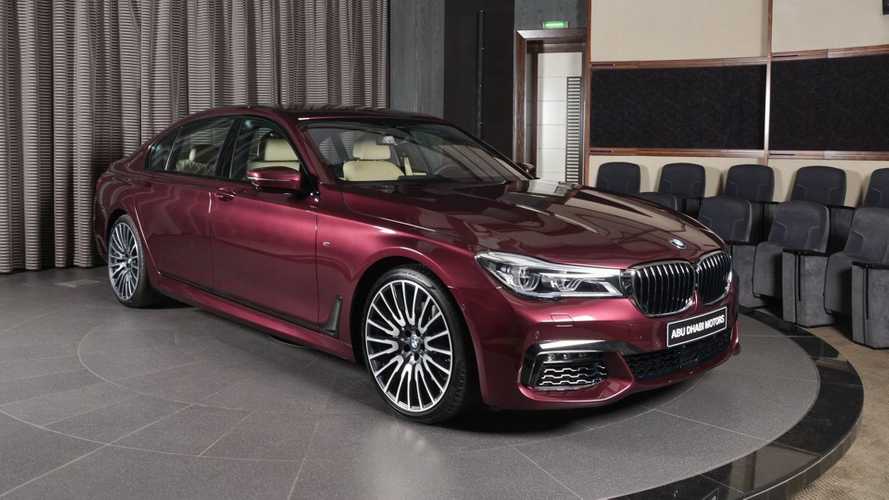 When a standard 7er just won't do.

The fullsize luxury sedan segment opens a wide array of opportunities for those willing to dig deeper into their pockets to tick a lot of boxes on the extensive options list. Case in point, you can add thousands of dollars’ worth of extra goodies on a 7 Series to configure the luxobarge exactly as you want it, be it with an optional package and/or a fancy paint.

As you have probably guessed by now, this is far from being an entry-level version of Bavaria’s flagship model. It’s a 740i in the long wheelbase specification equipped with the M Sport Package, but what makes it stand out it’s the special Wildberry paint from the Individual catalog. It’s worth mentioning this is not a paint reserved only for BMWs as those with the means to go beyond the 7 Series can have it on a Rolls-Royce. The color has been around for a while and can be had for an assortment of models, including the current-generation M3.

To make the car a bit more special than the others, the 7 Series has been ordered with the optional Shadowline replacing all of the shiny chrome pieces of trim on the outside with a more elegant black finish, including for the so-called “hockey stick.” The 21-inch wheels in a two-tone look round off the upgrades on the outside.

BMW M750Li xDrive In Rose Quartz Has That Special Look

Unfortunately, the cabin doesn’t quite match the pizzazz of the exterior. BMW combined the Merino leather upholstery with a wood trim and threw in the Executive Lounge configuration for the rear seats, but it’s not really all that special, is it?

If you plan on getting a 7 Series in the foreseeable future, you might want to wait a while as the stately sedan will be going through a mid-cycle refresh pretty soon. Spy shots have shown the facelifted version will get a more imposing kidney grille and reworked lights, plus some other changes not visible yet in spy shots.