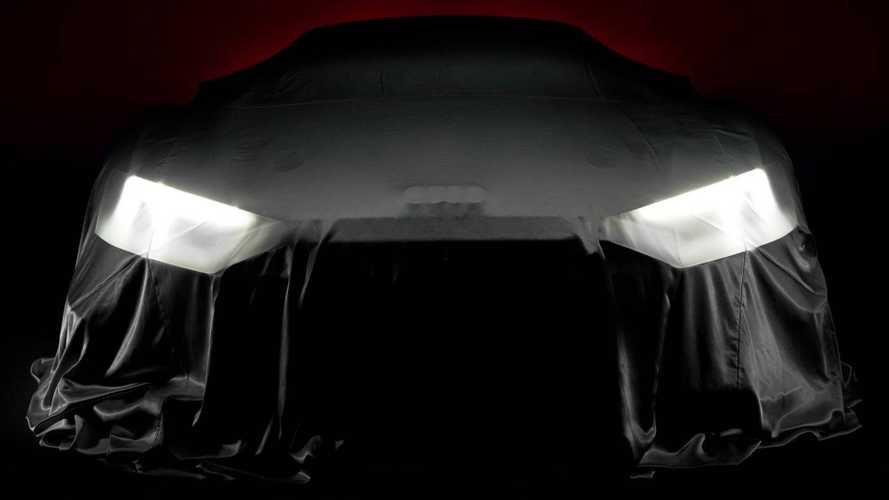 We think it's a race car.

A little bird has told us the R8 facelift won’t be introduced at the 2018 Paris Motor Show next week, so seeing this teaser image from Audi Sport is a bit puzzling. Hiding underneath the cover is most likely some kind of an R8 taking into account the Four Rings are sitting on the hood instead of the front grille like on all the other models. Before you accuse us of forgetting about the TT S and TT RS, the car teased here seems to be wider and has an R8-like headlight arrangement.

So, what could it be? Since we still believe it’s not the mid-cycle refresh for the road-going R8, perhaps it’s a race car based on Audi’s naturally aspirated car. We are making this assumption based on what looks to be a pair of R8 LMS-esque vents on the hood and we also believe the corners of the front bumpers have canards to aid aero.

The new race car could serve as a sneak preview for the street-legal model expected to see the light of day before the end of the year. Knowing Audi, don’t expect massive design changes from merely a facelift – especially since the spy shots published so far haven’t really shown any major tweaks. There will be mildly reworked front and rear bumpers and oval exhaust tips like on the RS-badged models, but that’s about it.

We wouldn’t get our hopes up too high about the long-rumored entry-level version equipped with the twin-turbo 2.9-liter V6 borrowed from the RS4 Avant and the RS5 models. Audi keeps saying it won’t downsize to a six-cylinder engine with forced induction, so expect the R8 to soldier on with its 5.2-liter V10 FSI.

We’re hoping for more teasers between now and next Tuesday when Audi will unveil the mysterious R8 in the City of Lights.