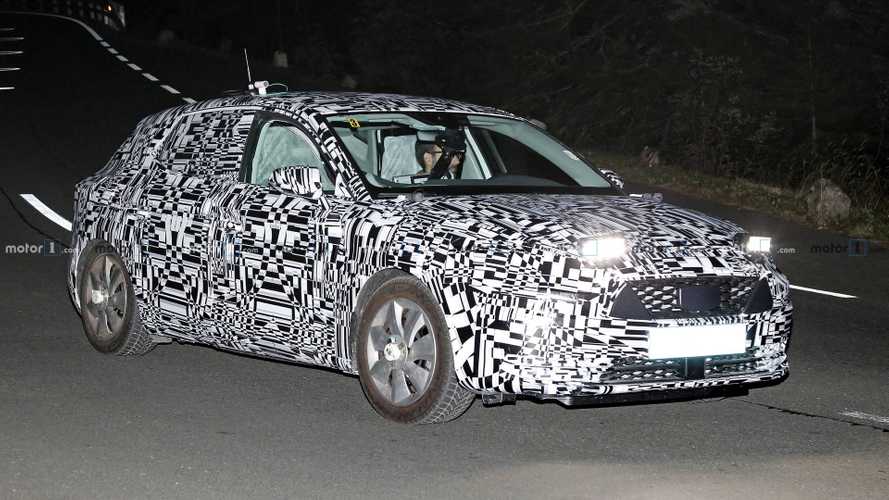 In a rare move, SEAT went through the trouble of fully masking the headlights.

The fourth-generation SEAT Leon was spied for the first time back in May when the Sports Tourer (that’s Spanish for wagon) was seen testing in broad daylight. Things are a bit different this time around as not only we get to observe the hatchback at work, but we get to check it out doing its thing late into the night. Like its ST sibling, the five-door hatch has the same type of camouflage and uses a set of auxiliary lights slapped onto the hood to provide illumination.

Come to think of it, “auxiliary” might not be the right term to use taking into account the car’s actual headlights are fully covered and most likely turned off. In other words, those two rectangular LED clusters are in fact the Leon’s primary headlights. The back is also a bit peculiar since the third brake light is not where you’d normally find it on a hatchback. Instead of being neatly integrated into the roof-mounted spoiler, it sits right above where you’d find the SEAT logo on the hatch. We have a feeling it’s just a temporary setup and on the final production version it will be installed in the right place.

SEAT is being very secretive about its 2020 Leon as it even covered the front and rear seats, not to mention the dashboard and the door panels. Those devices mounted on the center of the wheels are likely a sign the Spaniards were testing a new engine. You can see there’s a laptop inside the cabin and it’s probably hooked up to the wheel-mounted testing equipment.

Overall, the new Leon appears to be a tad larger and that’s mainly because of what looks to be an elongated wheelbase to free up more room inside the cabin. It is believed the distance between the two axles will be extended by approximately 50 millimeters (almost 2 inches). Related to the next-gen Audi A3, VW Golf, and Skoda Octavia, the Leon IV will ride on an updated MQB platform and will usher in a new infotainment system with support for over-the-air updates.

The new Leon is set to become the brand’s first car to offer a plug-in hybrid powertrain to pave the way for future electrified models. SEAT has already phased out the three-door Leon SC and it’s highly unlikely it will bring it back for the model’s next installment. The number of body styles will not decrease as there are plans for a crossover to slot underneath the Ateca.

An official unveiling is slated to take place sometime in 2019.