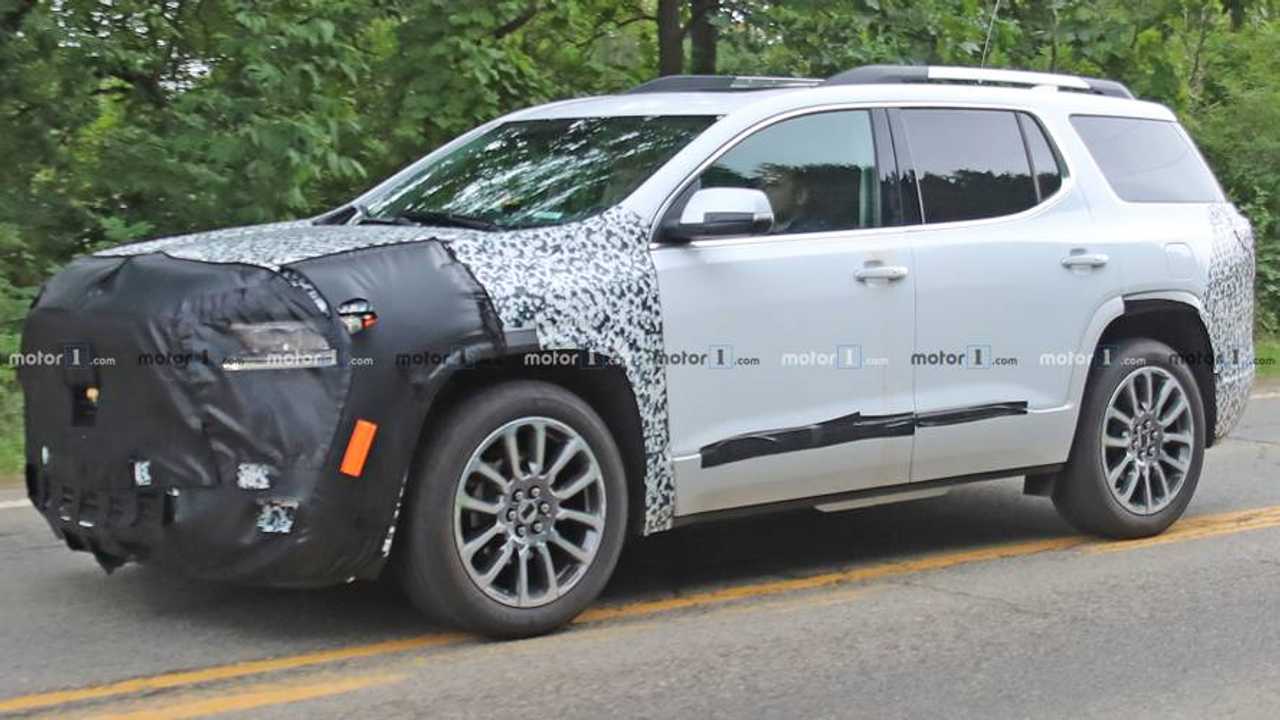 GMC has smaller tweaks ready for the rear, too, like adjustments to the taillights.

We haven't spy photos of the refreshed GMC Acadia since April, but the wait was worthwhile to see this less camouflaged test mule. There are two different examples of the SUV in this gallery – one with cladding over the nose and the other that only has a camouflaged wrap.

The refreshed Acadia features a new, boxy grille. A pair of slats slice horizontally through it to create three sections, and each one of these have a mesh covering. Thick borders are at the top and are split into two sections at the bottom. The new design appears to shift the foglights downward to flank each side of the lower fascia. It also looks like there are new, more angular headlights. Taken together, these tweaks mean a whole new front end for the updated SUV.

Take another look at the refreshed Acadia

There are some updates to the rear of the Acadia, too. There appear to be new taillights with a more vertical layout than the current, mostly horizontal design. The exhaust pipes are rectangular like on the current Denali, and it's possible that the tape along the lower door panels is hiding the chrome strip that denotes the luxurious trim level.

There's no info about the refreshed model's powertrain, but we expect the existing options to carry over. The current Acadia is available with a 2.5-liter four-cylinder producing 194 horsepower and 190 pound-feet of torque or a 3.6-liter V6 with 310 hp and 271 lb-ft. Both powerplants hook up to a six-speed automatic, but the updated version might gain a nine-speed unit for greater efficiency.

There's also no info about tweaks to the inside. The visible sensor in the center of the grille hints at more advanced driver assistance tech being available, though.

GMC would likely debut the refreshed Acadia in 2019. it might not be on sale until later in the year for the 2020 model year, though. 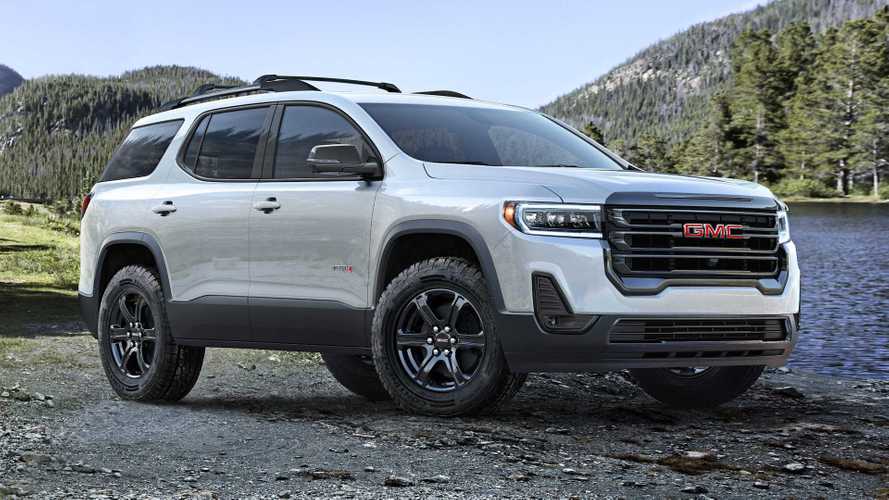