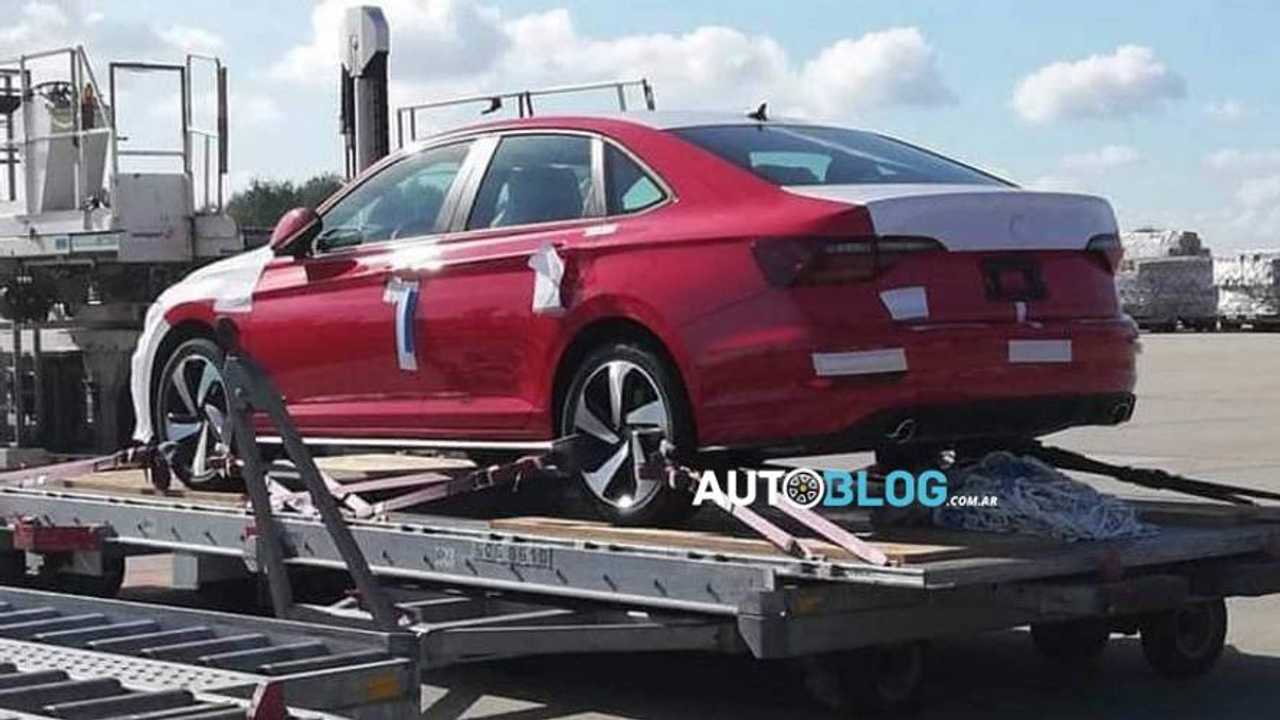 Caught in Argentina, this version has 230 hp and several features from the Golf GTI.

With the 2019 Volkswagen Jetta already among us, we are very much looking forward to the sportier GLI variant. Not that 147 horsepower (110 kilowatts) in the base model is boring, but there's always room for more power. The new generation of VW's much-loved sedan has not yet received a power upgrade, but that should change at the North American International Auto Show in Detroit come January. The Motor1.com team in Brazil found the new model in neighboring Argentina before VW wants you to see it.

These images published by our friends at Argentina Autoblog show the Volkswagen Jetta GLI in the airport covered by plastic sheets for protection. An astute reader named  Luis. R. A. sent the photos to the site, getting up close to the new car to show us details of the interior and of the rear, where GLI logos can be easily seen on both the base of the steering wheel and the trunk lid – equal to that of Golf GTI.

Like all other Jetta versions, the GLI will be built in Mexico for all of North and South America. The best part is that it will feature the 2.0 TSI turbocharged engine from the Golf GTI, producing 230 hp (172 kW) which goes through a DSG dual clutch automatic gearbox, or a standard-issue six-speed manual. It will also be the only version of the sedan in this generation to have multilink suspension in the rear; the other Jetta configurations will continue to use a torsion beam setup.

In an interview with Argentina Autoblog, José Carlos Pavone, Volkswagen's chief of design for South America, said that the Jetta GLI will have a more aggressive and sportier design than the R-Line. This can be seen on five-spoke alloy wheels with red lines similar to those of the Golf GTI, not to mention the black roof. We can't wait for its arrival.