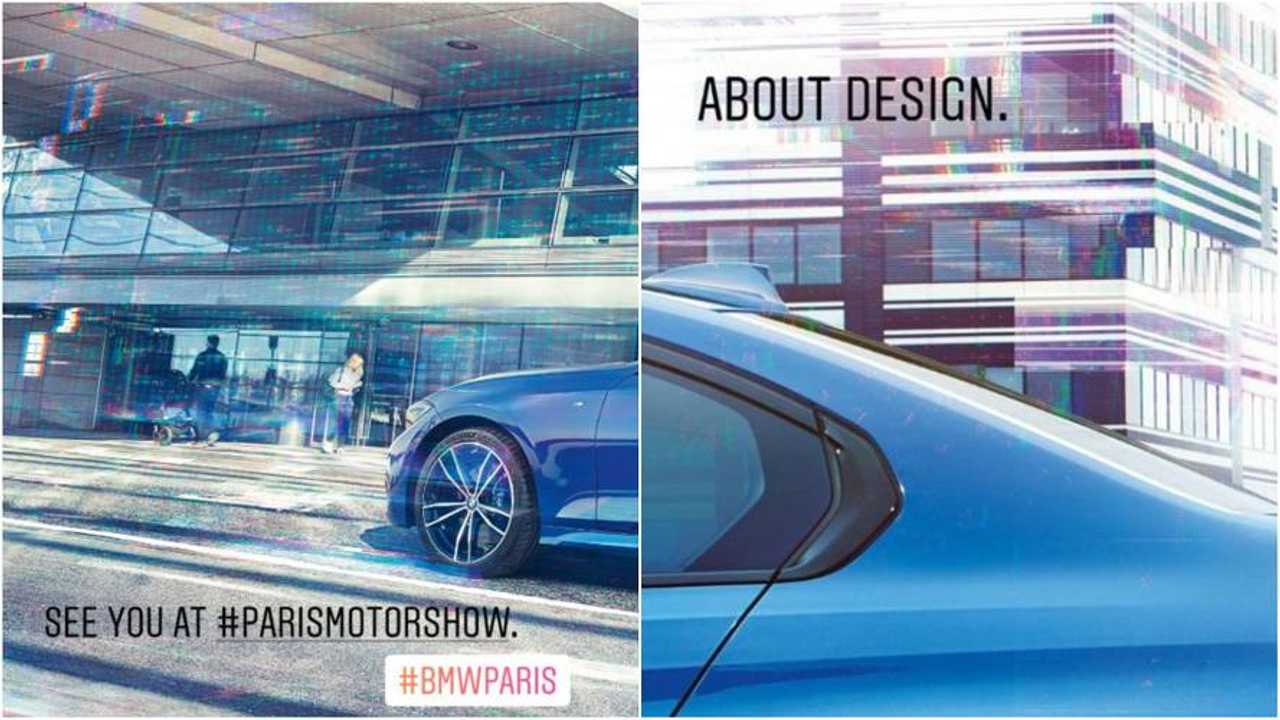 Once again, the teasers show the M Performance version.

Little by little, day by day, the pieces of the 3 Series Sedan (G20) puzzle are falling into place as a new day brings a fresh batch of teasers courtesy of an Instagram story posted by BMW. These four annoyingly vertical photos attached at the beginning of the gallery below show an M-badged version, but it’s obviously not the full-blown M3. Instead, we are likely dealing with an M Performance version, namely the M340i.

We catch a glimpse of what looks to be a slightly bigger kidney grille and we can also observe in detail the arrow-esque Hofmeister Kink in a glossy black finish to match the window trim. The entire silhouette of the car has already been revealed as BMW Deutschland’s official website (see below) is already listing the new 3 Series Sedan alongside the old one. Overall, the styling will be an evolution rather than a revolution.

The sedan will be followed likely at the beginning of the year by a new 3 Series Wagon our spies have already been able to capture on camera several times. As you might have heard, the rumor mill indicates BMW is not planning to renew the oddball Gran Turismo, which will allegedly go out of production in July 2020 with no replacement in sight. However, a previous rumor had reported about plans to promote the 3 Series GT to the 4 Series family in the same vein as the 5 Series GT is now part of the 6 Series family.

As a refresher, the seventh-generation BMW 3 Series will debut in sedan form on October 2 at the 2018 Paris Motor Show. Expect to see more teasers between now and Tuesday to create more buzz around one of the most important debuts scheduled for the 120th edition of the automotive event held once every two years in France.