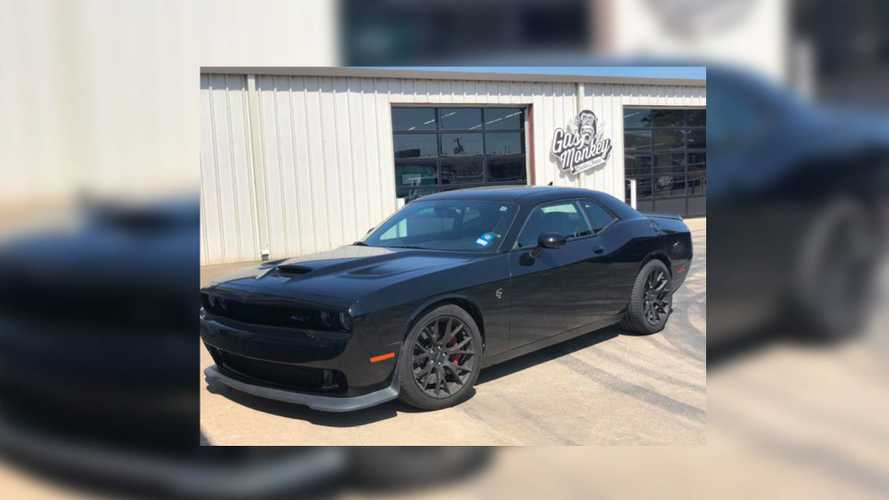 The Gas Monkey Garage icon wants it back and will offer a reward for its return.

Thieves suck, especially when it involves something like a 707-horsepower Dodge Challenger Hellcat. Richard Rawlings of Fast N' Loud and Gas Monkey Garage fame just had his Hellkitty stolen, and he seems pretty intent on getting it back. The car guy/television star just posted a blog on the Gas Monkey Garage website about the ordeal and is asking fans to help him find the car.

Specifically, the blog states the car was stolen around 2:30 a.m. on the morning of September 26. It was nabbed from a location near the corner of Northwest Highway and Preston Rd. in Dallas; we're not told a specific location but a quick search on Google Maps shows some very swanky homes in the area. The message also states the car belonged to Sue Rawlings, and that it contained a "priceless" picture of Sue and her son. Being car fans we certainly understand the pain of having our favorite ride stolen, be it a Hellcat or a Ford Pinto. Being human beings, however, we also know the sadness and anger of losing something personal like a photo.

The car is black all over, from the wheels to the interior and roof. Rawlings even gives us the license plate number – FCH-1300 – but does point out that it could well be changed by now. If we were stealing a car that's certainly the first thing we'd ditch, not that we've ever stolen a car but hey, thieves are dumb by nature so the plate could still be on there. And for the record, this isn't the same black Challenger he biffed into a concrete wall while drag racing at this year's Woodward Dream Cruise. It is, however, the car fans have seen on his show Fast N' Loud, where burnouts are plentiful. It would seem there's certainly some sentimental value to the car beyond the photo, which explains why Rawlings will offer up a reward for its return.

So keep your eyes peeled Motor1.com readers, especially if you're in the neighborhood of Dallas, Texas. Let's help get this car back where it belongs.