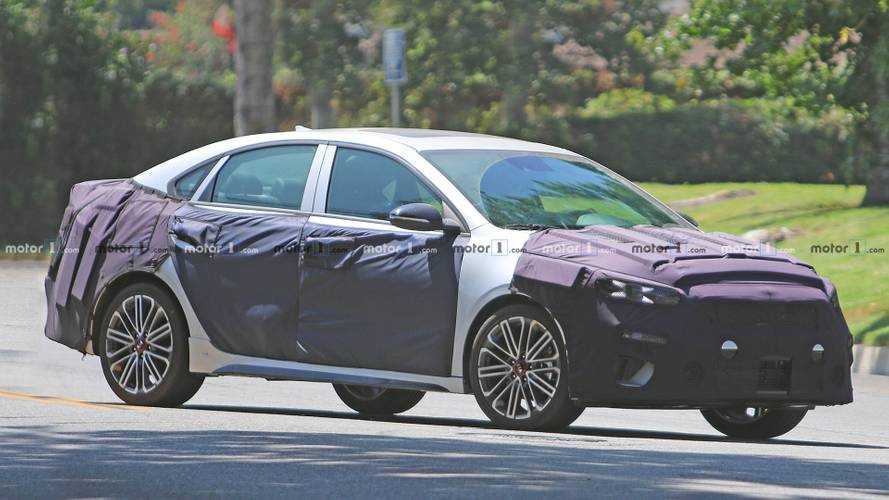 No, it won’t have Stinger GT levels of performance.

One month after Kia unveiled the 2019 Forte at the Detroit Auto Show, Kia Forte Product Manager Derrick Ty let slip a "more exciting" version of the Forte could happen. Since then, we’ve waited for new developments – spy photos, rumors, something. Well, we finally have that something – spy photos of the Kia Forte GT, which is rumored to replace the sportier SX model.

It’s wearing plenty of camouflage; however, we can spot a few of the sportier elements. The most significant upgrade is the oval dual exhaust at the rear. New side skirts and what appears to be a spoiler round on the trunk out the Forte GT’s more aggressive appearance. The front fascia may have some tweaks, but they’re hidden under a copious amount of camo. However, it appears unchanged.

Check out Kia's other sporty models:

Under the hood will be a turbocharged 1.6-liter four-cylinder engine – the same engine in the recently-revealed 2019 Kia Ceed GT. The engine produces 201 horsepower and 195 pound-feet (265 Newton-meters) of torque. It’ll pair with either a six-speed manual transmission or seven-speed dual-clutch automatic.

When Kia debuted the 2019 Forte, it announced three trims – LX, S, and EX. The addition of the GT trim would give the sedan some performance credence. Both Kia and Hyundai are on a performance blitz, introducing sportier models across their respective lineups. Hyundai has its N performance division while Kia has the Stinger GT in its portfolio. Considering the new Kia Forte borrows more than a few styling cues from the Stinger, giving it some added performance chops wouldn’t hurt.

The Kia Forte GT looks ready for the limelight, so we shouldn’t have to wait long for an official unveiling. We could see one soon – as soon as the Los Angeles Auto Show, which kicks off at the end of November.