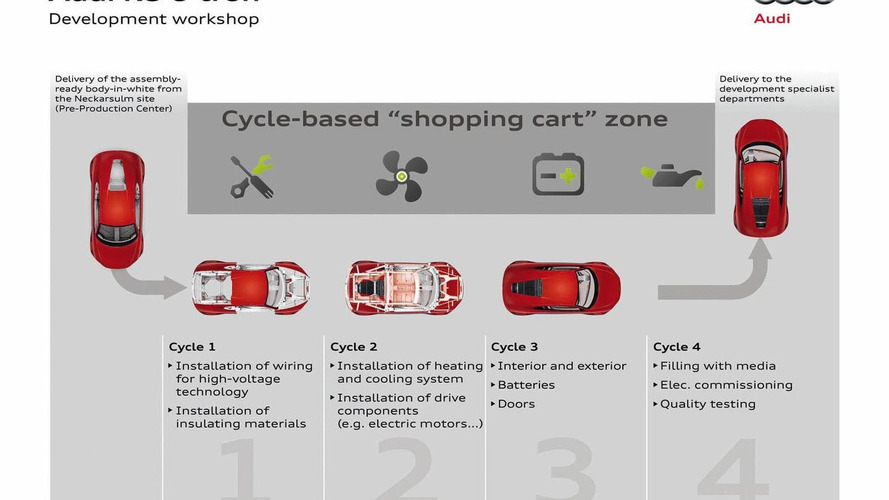 With a market launch scheduled for late next year, Audi has given us a behind-the-scenes look at R8 e-tron production.

With a market launch scheduled for late next year, Audi has given us a behind-the-scenes look at R8 e-tron production.

Currently being assembled in a small pre-production run, the e-trons are built by a group of skilled technicians from the Neckarsulm factory. While the vehicles are constructed in a bespoke manner, Audi has made strides to ensure they can "exploit synergy effects" for volume production.

As such, the e-tron is built in four stages with components being delivered to employees in "shopping baskets." The build process starts with the installation of wiring and electrical components, then moves on to the addition of the electric motors. From this point, technicians add the battery and interior before conducting a round of initial testing to make sure everything is working properly. Once this is completed, the car is sent off to Audi's development department where the model can undergo a full series of tests.