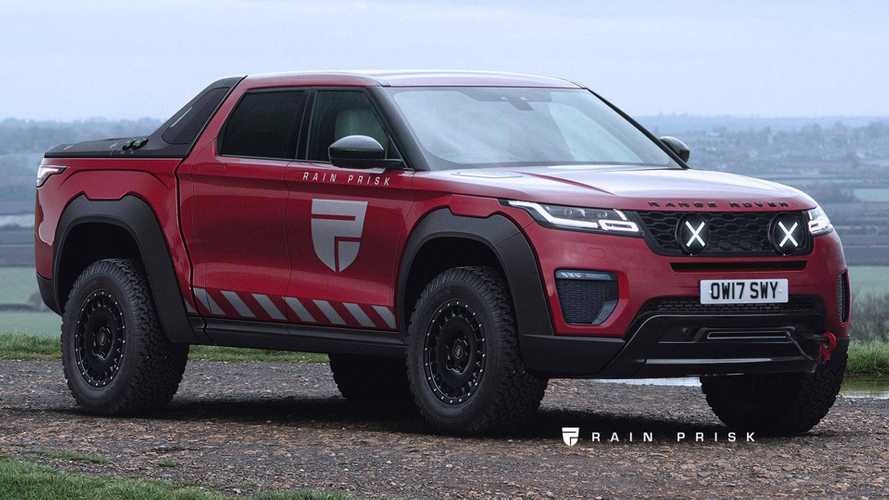 All the luxury of the Velar, but with no concern of dirtying the cargo area with bags of soil and mulch.

After wowing us with a render imagining a new BMW M Coupe, artist Rain Prisk now creates a pickup variant of the Land Rover Range Rover Velar. If the company actually built it, we bet the luxurious, yet rugged truck would be a success.

Get The Latest Scoop On The Velar:

A Land Rover pickup isn't a novel idea because there are truck variants of the old Defender. Aftermarket firms have taken the idea even further, like Kahn Design's single-cab truck conversions (pictured below).

In addition, the company T.Fotiadis Design came up with a wild 6x6 Ranger Rover (below) with a small pickup bed at the back. The result was a seriously ostentatious machine.

In the United States, the Velar with a 180-hp 2.0-liter turbodiesel, 247-hp gas-fueled 2.0-liter turbo, and 380-hp 3.0-liter supercharged V6. All of them hook up to an eight-speed automatic gearbox. Spy shots and videos show that Land Rover has a range-topping SVR variant on the way that reportedly gets a 5.0-liter supercharged V8 making 575 hp. Rumors suggest this speedy variant could arrive before the end of the year.

Slotting between the Evoque and Range Rover Sport, the Velar can work off-road but also features an opulent cabin with lots of leather. Drivers look at a 12.3-inch digital instrument cluster, and there are two, stacked 10-inch screens on the center stack. The layout is so nice that it earns a spot on Ward's list of 10 Best Interiors for 2018.

While it's not a Velar, a rumor suggests that the next-gen Defender could get a pickup variant using the long-wheelbase version of the upcoming SUV. In Europe, it would compete against vehicles like the Mercedes-Benz X-Class and Nissan Navara. If Land Rover decides to sell the truck in the U.S. then the forthcoming Jeep-Wrangler-based pickup would likely be the closest challenger.