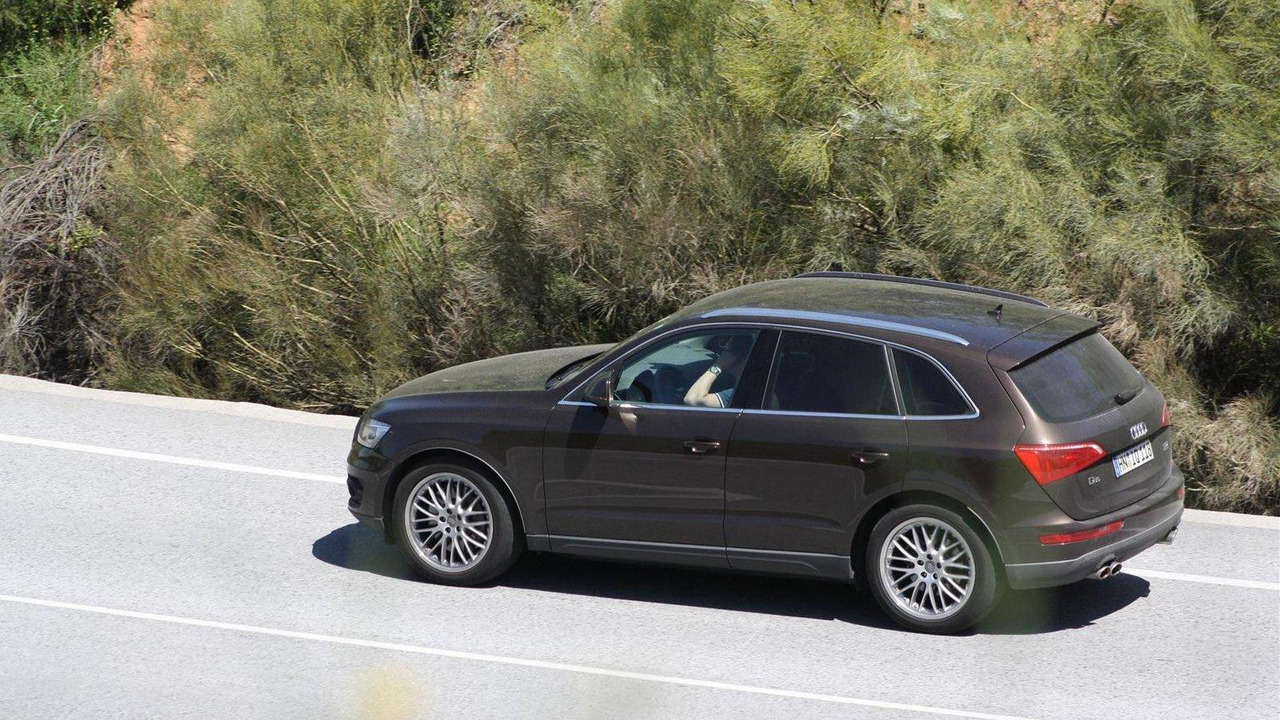 Q5 RS prototype is sporting modifications typical of an RS variant - under the hood we suspect a 3.0 liter TFSI with around 408 PS (300 kW) and 500 Nm of torque.

Here are a few spy shots of a suspected Audi Q5 RS prototype.

The vehicle spotted here is badged with a TDI Quattro emblem but it is sporting a quad-exhaust which is never fitted with a diesel engine. And the rear bumper appears to have been modified to fit those four pipes. The aluminum rims are typical RS test wheels and the front fenders could be a little wider too.

What could be under the hood here, we really don't know. But in 2009, Audi presented a Q5 Custom Concept at the Wörthersee Tour in Austria that featured a 3.0 TFSI V6 delivering 408 PS (300 kW) and 500 Nm of torque and was taken to be a preview to what a future Q5 RS variant would look like.