The original Circuit de Charade hasn't been lapped in 30 years.

Jaguar has set a lap record on a track long forgotten. Why? Because why not?

The XE lapped the five-mile Circuit de Charade in Clermont Ferrand, which hosted the French Grand Prix five times between 1965-1988, in just 4 minutes 9 seconds at an average speed of 72 mph (116 kph). It was the first time a car had lapped the full track in three decades, which now features a roundabout and a pair of narrow gateways that didn't feature on the track in its heyday, while a shortened version of the track holds track days and historic events.

"I set the production saloon record at the Nürburgring in the XE SV Project 8 last year and this lap was every bit as demanding," said Radermecker. "The agility, dynamic handling and all-wheel drive traction of the XE 300 Sport came into its own on this challenging track."

Spy shots show Jaguar is preparing to update the XE: 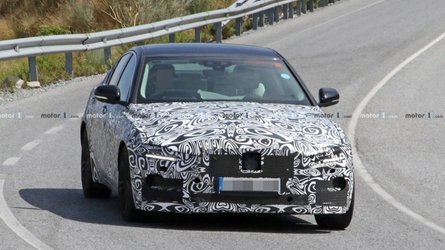 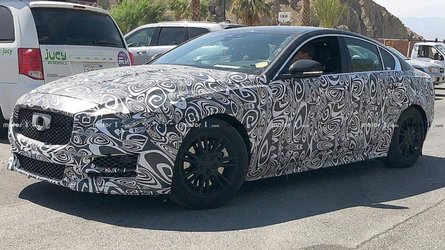 "The longest straight is barely 600 meters [1,968 feet], so I can see why drivers used to call this the French Nürburgring," he said. "It’s a privilege to drive this track and it’s really special to drive here with Jaguar."

The XE 300 Sport is powered by a 296-hp, 2.0-liter engine that can do 0-60 mph (0-96 kph) in 5.4 seconds, while compared to standard XE models, the 300 Sport also has unique Dark Satin Grey details including the door mirror caps, rear spoiler and grille surround, along with 300 SPORT badging on the front grille and trunk lid, as well as instinctive 19-inch or 20-inch Satin Technical Grey finish wheels are exclusive to the special edition along with 300 SPORT-branded brake callipers. Four exterior colors are available: Yulong White, Indus Silver, Santorini Black and Caldera Red.

"The XE features a lightweight, stiff Aluminium-intensive Architecture and sophisticated integral-link rear suspension, making it the best driver’s car in its class," said Mike Cross, Jaguar Land Rover Chief Engineer. "Following the XE SV Project 8’s record-setting lap at the Nürbugring, for the 300 SPORT to set a record on this fast, flowing and demanding circuit demonstrates that these are two cars with one DNA."

Jaguar worked closely with the modern track's owners and the local authorities to re-establish the original Circuit de Charade layout for the 300 Sport’s flying lap. To complete the lap, sections linking today’s track with the modern public roads that take the place of the old track had to be opened.

13 Photos
By: Dominik Wilde
Published by: Adrian Padeanu
++
Got a tip for us? Email: tips@motor1.com