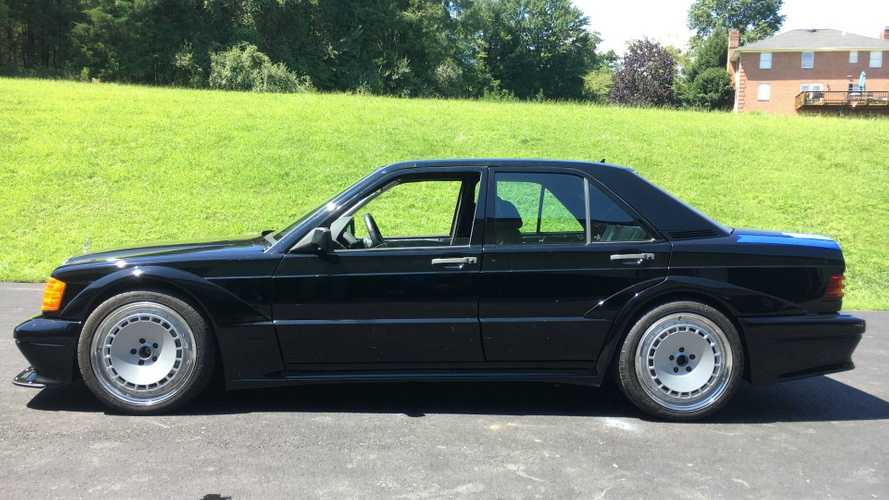 This is the car we never knew we wanted. But now we want it badly.

Do you know that special feeling when you discover something that’s well-forgotten for the rest of the world but is entirely new to you? Well, we experienced that exact emotion when we found this hidden gem – the Frankenstein Benz, one of the wildest tuning projects we’ve ever seen. We are happy to report that it is now finally complete.

The first photo, documenting the beginning of the process of putting a mid-1980s 190E body onto an engine, transmission, and entire drivetrain of a modern C63 AMG sedan, dates back to October 9th, 2013. Simply put, it took Piper Motorsport five years to finish the car and to finally reveal it in its full glory earlier this month. Why so long? We'll let them explain.

“To make a long story short... the 190E will feature the engine, transmission, entire driveline, suspension, brakes, fire wall, dash, electronics and even the floor pan from the C63 AMG.”

Everything started with the cutting out several structural components from the C63 and shortening the wheelbase so it can fit its new home, the body of the 190E. After further modifications to the mounting points of the engine and transmission, they are both installed into the classic body. Interestingly, the dashboard of the newer car fits almost perfectly into the cabin of the 190E.

The transformation, as it’s visible in the attached gallery below (163 photos), required tons of custom-built parts and modifications to the architecture of the car. One of our favorite details is the center console, which is entirely custom and is cleverly hiding a seven-speed automatic gearbox and its controls. Also, a number of components are relocated from the engine bay, like the oil coolers, A/C condenser, and brake master cylinder, as it’s clearly not designed to accommodate a 6.2-liter V8 engine.

To make things even better, the whole package is hiding behind a heavily modified 190E body, which resembles the EVO styling with some DTM clues. No power and performance figures are available at the moment, but make sure to spend a couple of minutes into the massive gallery below. It's worth it, trust us.