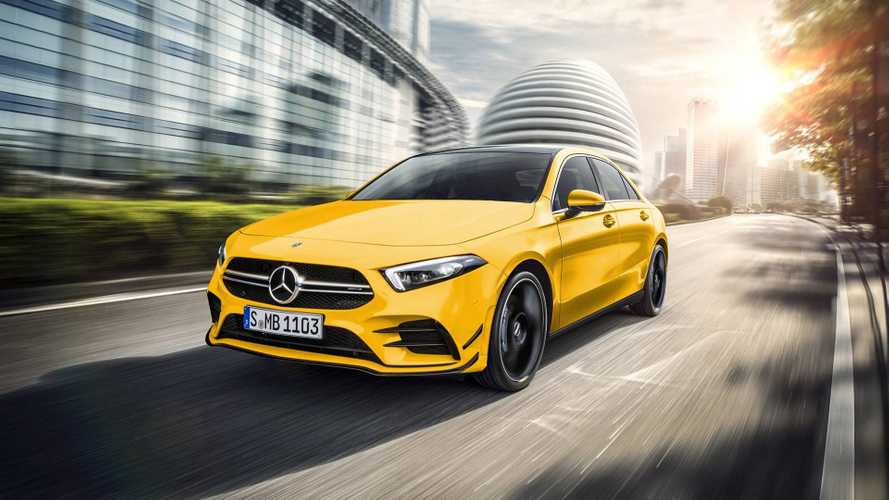 Here’s the deal. Mercedes-Benz offers a sedan variant of its entry-level A-Class, as well as a hatchback. AMG also has its engineers in the A-Class family, but as of right now, you can only get the high-performance model in hatchback form. In fact, just a few days ago we were given the official word on the 2019 Mercedes-AMG A35 five-door, complete with all-wheel drive and 302 horsepower (225 kilowatts) from its 2.0-liter turbocharged four-cylinder engine. Mercedes tells us it will jump from 0-100 km/h (62 mph) in just 4.7 seconds, making it quite a contender in the subcompact hot hatch segment.

See How The Mercedes-AMG A35 Performs In Acceleration Test

But what about those who want a hot subcompact sedan from the skunkworks at Affalterbach? For the meantime at least we’ll have to look at this extremely well-crafted rendering from Kleber Silva at Bēhance.net, as it’s our only gateway to a pint-sized AMG sedan. For the record, we’re aware that Silva titles this work as an AMG A45, but this is totally based on the A35 photos Mercedes recently released, right down to the number plate on the car. See for yourself with the photos below, featuring the sedan render followed by the official hatchback images.

That doesn’t mean we like this effort any less – in fact we love the detail behind this sedan rendering, and the above comparison shows just how good the renders really are. If someone had sent us these pictures saying it was a preproduction A35 sedan, we’d totally believe it. We also love that the sedan ditches the big boy-racer wing from the hatchback. It’s a far more elegant look for the A35, not that there’s anything wrong with boy racer appeal. But if we were young professionals heading to a night at the theater, you can probably guess which car we’d choose.

Front or back, this rendering looks like the real deal. Now we really want Mercedes to reconsider the future for a hopped-up A-Class sedan.