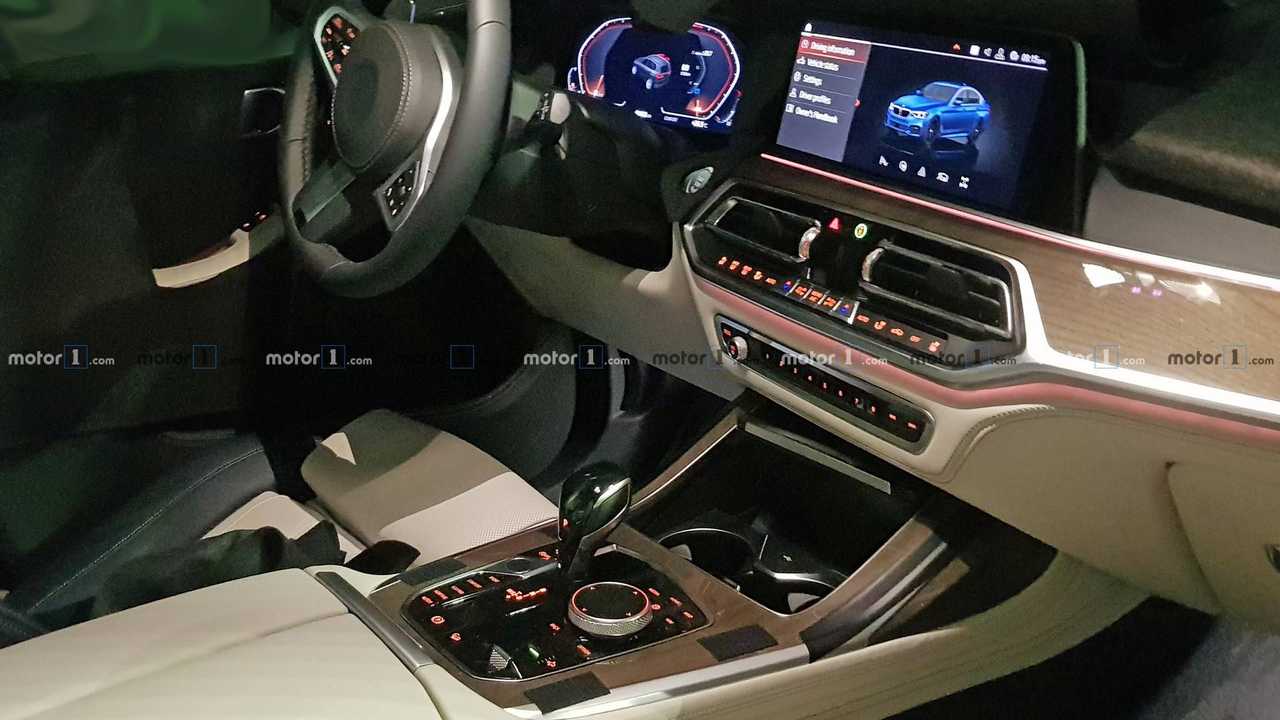 The interior appears to be production-ready, although the infotainment screen is showing a sedan.

Confirmed to debut mid-October, the first-ever X7 is back in a revealing set of spy shots allowing us to have a look inside the three-row cabin of BMW’s biggest and most luxurious SUV to date. It appears we’re looking at a prototype with nearly all of the final bits and pieces in place, complete with a two-tone leather upholstery, an Alcantara headliner, and a lovely wood trim with a glossy finish on the dashboard and center console.

Even though there’s some camouflage on the door panels, this is still by far our best look at the BMW X7’s interior, featuring the company’s latest digital instrument cluster part of the Operating System 7.0 also installed in the 8 Series. While we get to see the luxobarge in the center of the driver’s display, the infotainment system did not have all of the X7-related software since the widescreen iDrive appears to be showing a 5 Series sedan. Needless to say, that’ll be fixed when series production will commence at BMW’s factory in South Carolina.

Since we’ve mentioned the 8 Series, it’s fairly easy to notice the flagship SUV will adopt a dashboard design quite similar to what we’ve seen already in the 6 Series Coupe replacement, which isn’t really all that surprising. Our spies were also able to photograph the rear center console reserved to passengers sitting on the second row where there seems to be ample legroom. The air vents are surprisingly mundane for what will be BMW’s most expensive SUV, but at least there are controls for the climate settings, along with a power outlet, a pair of USB ports, and two cup holders.

See the X7 in action

BMW X7 Looks Large And In Charge During Nurburgring Test
⠀

BMW X7 prototype on the left, 8 Series Coupe on the right

Bear in mind this is merely a prototype, so the production-ready X7 could boast higher-end materials that will look better. Here’s hoping that large piece of plastic around the second-row cup holders will be replaced by something nicer on the final version since it looks a bit on the cheap side to be fitted in such a pricey SUV.

The adjacent spy photo gallery also shows a different prototype sitting on the trailer. Judging by the small wheels and the lack of pillows for the headrests, it must be a lesser trim level. It’s still significantly camouflaged, but the large kidney grille is mostly exposed and we can also check out the design of both the headlights and taillights.

All that’s left now is for BMW to finally unveil the 2019 X7 they’ve been teasing extensively over the last few months. Expect a single-turbo 3.0-liter straight-six engine, a twin-turbo 4.4-liter V8, along with diesel units for some parts of the world. Further down the line, we’re also expecting to see a plug-in hybrid and maybe a performance-oriented X7 M.