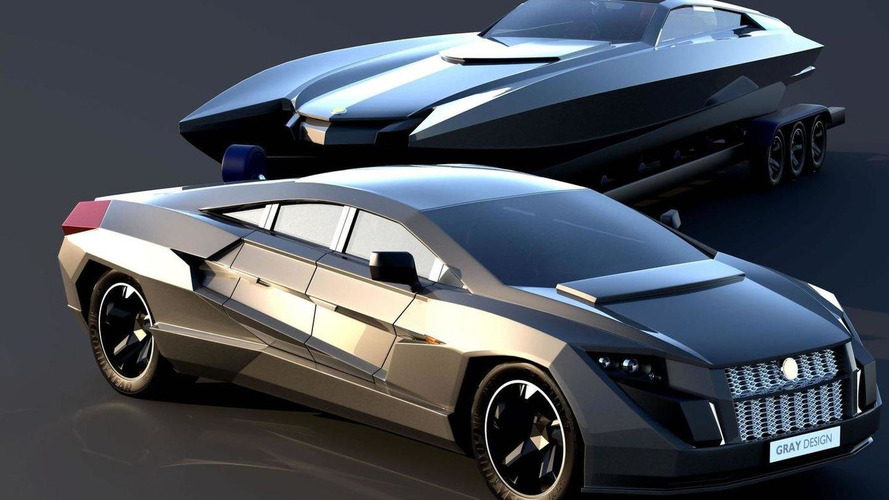 Specialty Russian marque Dartz Prombron', in partnership with Gray Design, has announced this 2012 Dartz Prombron' Nagel - an armored sportback made for hauling yachts.

The Nagel comes with enough armored plating to hold off...well, anyone trying to steal your boat. And it has the wherewithall to carry it while also pulling a yacht - 2000 horsepower (1471 kW). The Nagel sportback can tow a yacht weighing up to five tonnes and measuring 15 meters in length. The car also boasts a top speed of 250 km/h (155 mph) - though you should refrain from trying to hit that mark while still hooked up to the trailer.

The model is named after Andrey Nagel who, along with co-driver Vadim Mikhailoff, won the Monte Carlo Rally back in 1911 in a C24/55 Monaco RussoBalt - RussoBalt being the company from which Dartz Prombron' derives from.

The Nagel is meant to commemorate the 100th anniversary of that rally victory.