When a day on the lake is over, turn the key and driving up the bank.

In its basic, non-turbocharged form the Renault 5, better known to Americans as the Le Car, is a fairly unremarkable means of transportation, but a crazy guy in Europe manages to inject some excitement into the little hatchback by transforming one into a boat. His method of creating the amphibious machines makes the project even weirder because the guy and his buddy attach 500 empty juice boxes to the vehicle to make it float.

Check Out These Weird Machines, Too 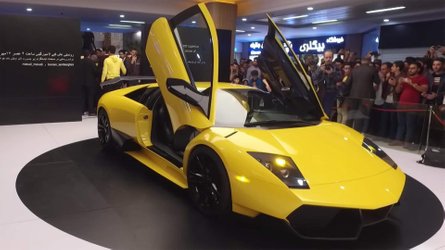 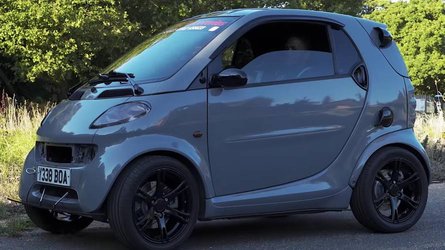 Someone donated the Renault 5 for this project, and the host, Master Milo, decides to have some fun. The first step is weighing the car and figuring out how many juice boxes are necessary to make it shipshape. Since the guys need to look for any holes in the body, they strip out the entire interior, which also sheds some weight. There turn out to be a few gaps, and expanding foam fills them up.

One of the guys also welds a prow to the front for attaching most of the boxes to counter the weight of the engine from sinking the watercraft. Cutting a hole in the roof creates a handy way to stand in the Renault when it's on the water and doubles as a handy escape hatch in case anything goes wrong. Attaching an outboard motor also provides propulsion on the waves.

Finally, it's time to see if the bizarre amphibious Renault actually floats. Master Milo gets some buddies together, and they take the craft for a maiden voyage. Despite a few juice boxes falling off as soon as the car hits the water, the hatchback turns out to be a very successful boat. The flotation up front is even enough to keep the engine high enough to keep the intake from sucking in water, so when the time comes to leave the lake, the job is as simple as turning the key and driving up the bank.