We saw the same competitors a few months ago, but this time the outcome is different.

Here’s an awesome bit of drag racing (on a closed airfield of course) to help you usher in the weekend. Top Gear lined up three super German machines for a friendly contest of speed, starting with the BMW M5. Next up is the Mercedes-AMG E63 S, and rounding out the trio is a Porsche Panamera Turbo S E-Hybrid Sport Turismo. If the contestants seem familiar somehow, they should  – Autocar did virtually the same race a couple months ago with one very notable difference. The Porsche in this lineup is the heavier Sport Turismo versus the sedan. And yes, that extra mass does make a difference.

Before we talk about the action, here are the requisite power figures you need to know. On paper, the BMW should lose because it’s the weakest of the bunch with only 600 horsepower (448 kW) and 553 pound-feet (750 Newton meters) of torque. The AMG Merc doesn’t have much of an advantage with 603 hp (450 kW) and 627 lb-ft (850 Nm), but the Panamera Sport Turismo boasts a cracking 680 hp (507 kW) and 626 lb-ft (849 Nm) of twist. However, the Porsche carries a weight disadvantage of around 880 pounds (400 kilograms) over the BMW. Can the Panamera’s power advantage and instant electric torque from the hybrid mill send it to victory in this three-way drag race? Spoiler alert: we already said that the mass makes a difference compared to the previous race, which incidentally the Porsche won.

On paper, all three cars have virtually identical times to 100 km/h (62 mph) but as everyone knows, bench racing doesn’t automatically transfer to real life. Even the smallest advantage or disadvantage on the starting line can have a colossal difference at the other end of the track, and that – combined with the Porsche’s weight disadvantage – keeps it out of the top spot this time.

As for how the race actually played out for all three contenders, we’ll leave that excitement to the video. 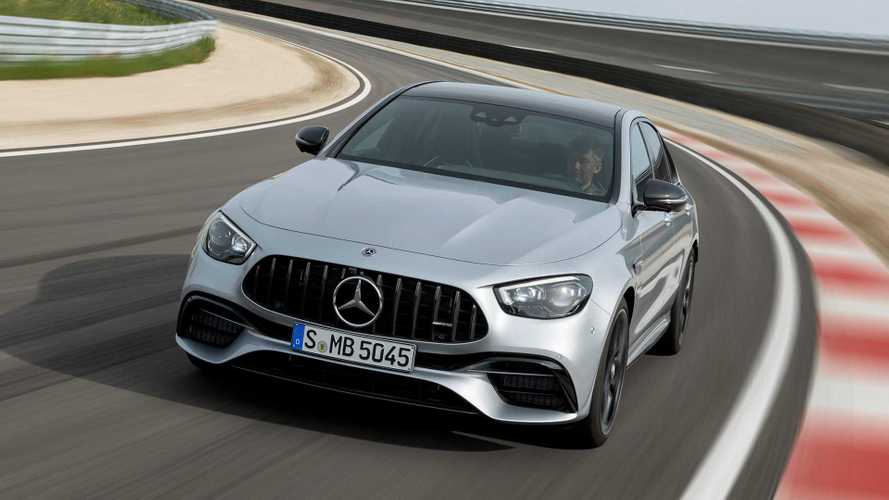