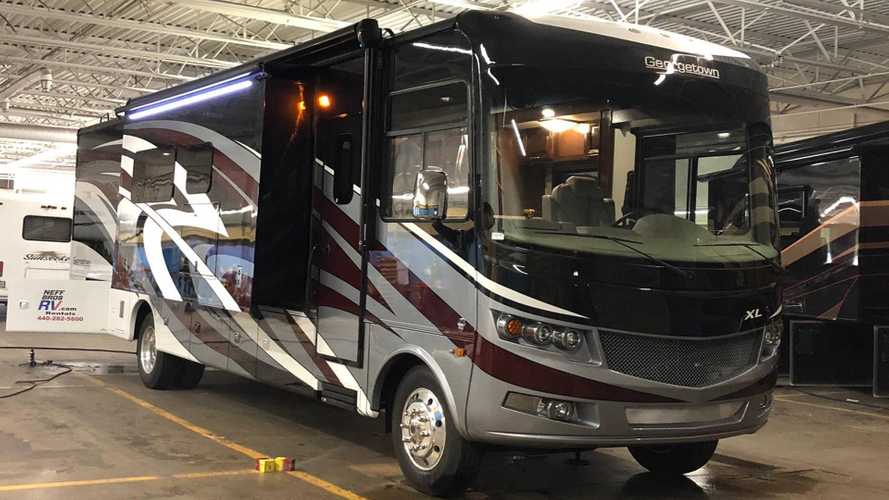 He even autographed the motorhome before returning it.

Last night the Cleveland Browns beat the New York Jets to record their first win in 635 days. If you're a Browns fan who doesn't want the celebration to end, you can keep it going by renting the very motorhome that phenom rookie quarter Baker Mayfield made famous in the HBO docu-series Hard Knocks.

Though a backup quarterback, Mayfield entered the game late in the second quarter after starting QB Tyrod Taylor suffered a concussion. In his first ever NFL appearance, the former Oklahoma Sooner proceeded to lead the Browns to a thrilling 21-17 win.

These RVs can go anywhere:

The RV is being offered by Neff Bros RV, a motorhome-rental company located in Lorain, Ohio that Baker himself visited to rent the rig as a QB hangout space during training camp. Cameras were rolling that day as HBO documentarians witnessed this first major purchase that Mayfield made after signing his million-dollar contract with the Browns.

The RV was featured extensively on the show throughout its five-episode run. In the first episode we saw one of the Neff brothers, Bill Neff, give Baker a rundown of how everything works, including the toilet with its special RV-grade toilet paper. We also saw fellow rookie QB Brogan Roback tasked with keeping the unit stocked with snacks. Mostly, though, we saw the QBs napping in it. The motorhome's final appearance occurred when country music star and Browns booster Brad Paisley insisted on seeing it before his visit to the Browns' facility was over. Mayfield even graciously autographed the motorhome's refrigerator, which might make this the largest piece of sports memorabilia in the world.

The state-of-the-art, brand new 2018 Forest River Georgetown Class A RV is part of an all-inclusive tailgating package that includes your own personal driver and catering by Cleveland-favorite Betty's BombAss Burgers. The cost for parking this thing in Cleveland's Muni lot on Sunday is $4,900 all-in. Priced more for corporate outings than individual fans, the RV could still be had on the cheap if you and a dozen friends each chipped in some Benjamins.

Full disclosure: I have a personal connection to Neff Bros RV. One of the brothers is my father and the other is my uncle. The company's General Manager – my cousin Angela Dudziak – is the real brains behind the operation, though. The family business has never received this much attention before, and I truly never imagined there'd be a reason to write about it on Motor1.com, yet here we are. With this kind of inside scoop, I couldn't resist.