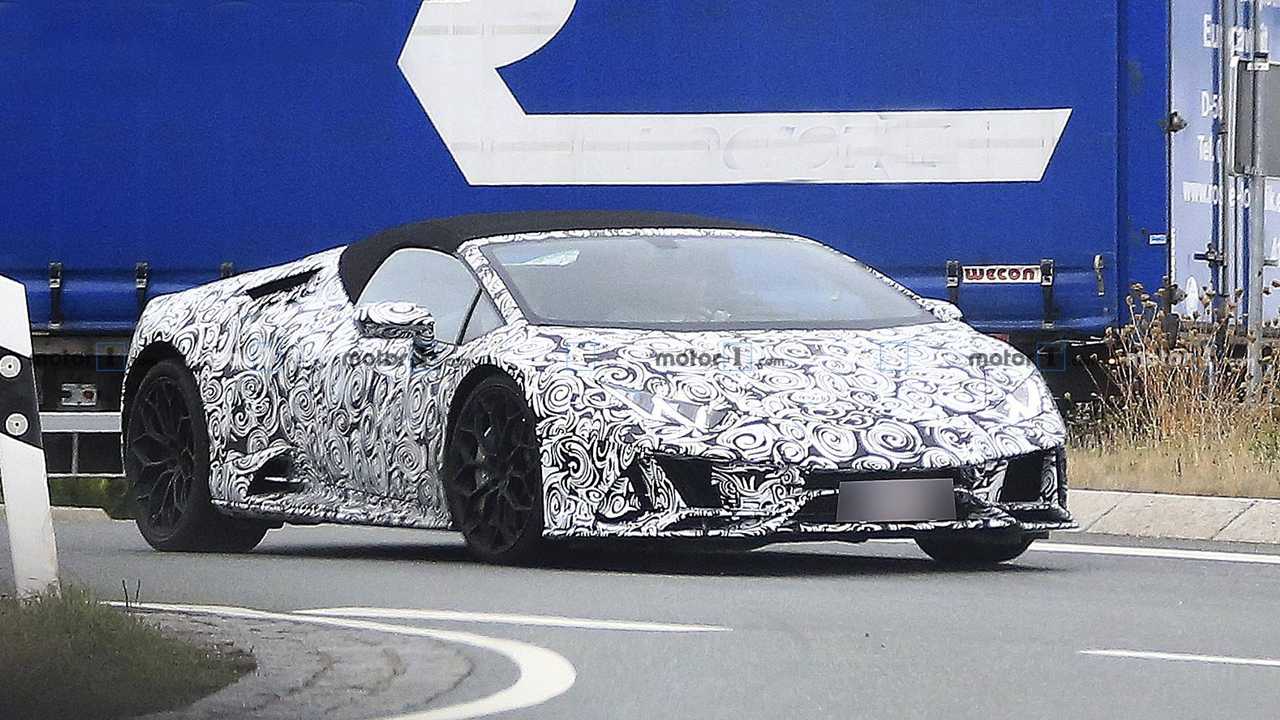 Even supercars are going through mid-cycle refreshes, and the one for the baby Lambo appears to be significant.

The last time when Lamborghini updated its Huracan range was back in March at the Geneva Motor Show where the raging bull took the wraps off the hardcore Spyder Performante version. In July, the Sant’Agata Bolognese marque celebrated making the 11,000th Huracan and now we get to see a mid-cycle update for the “baby Lambo” is out and about testing in Germany.

As you’d come to expect, the prototype is wearing a significant amount of camouflage as only the fabric top is exposed. The front bumper has been reworked as it now has a much more intricate design of the air intakes and there might be some active aero trickery involved. While the sharp LED headlights look unchanged, more evolved test vehicles might switch to a fresh look as it would be appropriate for a facelift.

The side profile appears to be virtually the same at a first glance, but look closer at the lower scoops and you can see there’s a horizontal fin likely there to further aid aero. The scoop itself seems to have a slightly different shape, unless the camouflage is playing tricks on us.

By far the most obvious changes have occurred at the back where the Huracan Spyder has adopted a Performante-like dual exhaust setup flanking the license plate. The rear diffuser is completely new and looks significantly more aggressive not just when compared to the regular model, but also when put next to the Performante’s.

The plethora of extra vents could be a sign Lamborghini has massaged the naturally aspirated 5.2-liter V10 engine to develop more power, but it’s too early to know for sure. Some might say the prototype’s derrière looks a bit busy, but we’re sure everything will be in order once the camouflage will come off and the car will have all the final bits and pieces.

Although images of the interior cabin are not available in this initial batch of spy shots, we have it on good authority the cabin will feature a redesigned center console that will accommodate a massive Tesla-esque display for the infotainment system, arranged in portrait mode.

When will get to see it sans the disguise? Our money is on a reveal at some point in 2019, but logic tells us the coupe will be the first to come out, so we will have to wait a bit more for the Spyder.