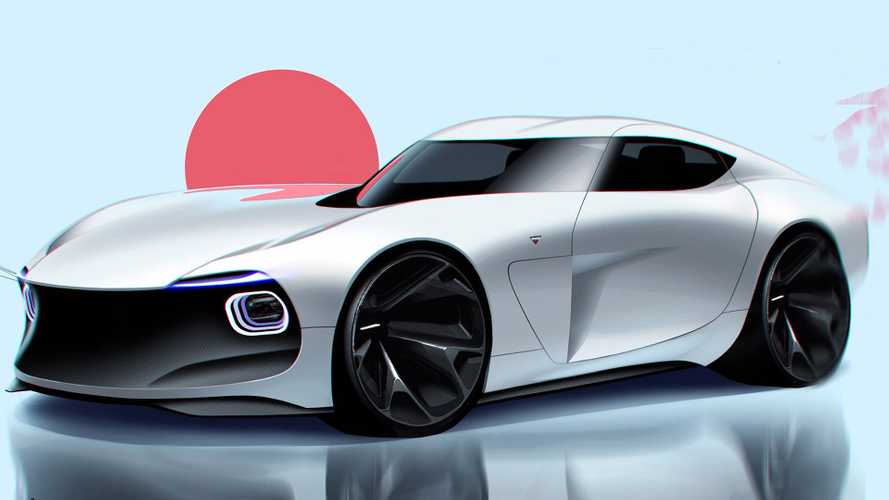 Right now the motoring world is practically wetting itself over the return of Toyota’s legendary sports car. We’re talking about the Supra of course, but there’s a promising designer at Bēhance.net that hasn’t forgotten about Toyota’s other legendary performance machine, one for which we should all be grateful. If it wasn’t for this car’s short-but-sweet tenure back in the late 1960s, the Supra may have never been born. In fact, it’s not a stretch to say all awesome Japanese sports cars – from the 240Z and Skyline to the NSX – owe their existence to this iconic Toyota. The 2000GT showed the world that Japan could build more than small hatchbacks, and the world listened. That's why you'll struggle to find an original 2000GT selling for less than $1 million these days.

Now, it’s been reimagined as a modern machine in this cool render, and for the most part, we like what we see. There’s certainly plenty of influence from the new Supra, which isn’t a bad thing. Even though the car hasn’t been officially revealed just yet, the double-bubble roof and tiny rear window slanted upwards are straight from the preproduction models we’ve seen. The sculpted sides are taken from the new Supra as well, but the front is where the big changes exist.

Nestled into the gaping grille are the 2000GT’s trademark driving lamps, though if we’re honest, we could do with a bit more slope to the hood and a bit less gaping grille. Okay, a lot less grille. And while we’re at it, a bit more side glass on the rear pillars would really give this Supra-esque 2000GT concept a bit more individuality. That said, we love how this render also shows the designer’s sketches that evolved to bring this creation to life in the 3D world.

More on the way:

This rendering got us talking around the Motor1.com office. Toyota is in the process of recapturing some of the enthusiast excitement that the brand lost through the 2000s. The Supra will certainly help that cause, but with BMW involved so heavily in the development, we can’t help but think there will be purists who denounce the new Supra as a badge-engineered Bimmer. We can’t think of a better way to silence the naysayers than to revive the 2000GT as a niche halo car slotted above the Supra.

Are you listening Toyota? This is a great idea.